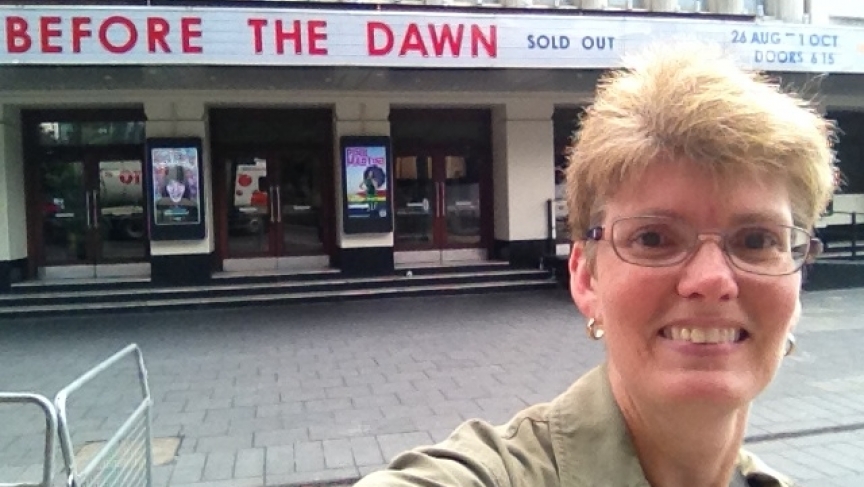 April Peavey snaps a selfie in front of the marquee at the Hammersmith Apollo, where Kate Bush will hold her concerts. Bush named her show "Before the Dawn."
Credit:

This week, I'm one of thousands of Kate Bush fans who made their way to London to catch Kate Bush's long-awaited return to the concert stage.

When I passed through border control at Heathrow, I proudly told the agent why I was there: "To see Kate Bush." She gave me a knowing smile. "It's been going on for awhile," she said.

The British singer is near the end of a 22-show run at the Hammersmith Apollo. It's also the place where she held her last live show — 35 years ago. So for many people in their 40s and 50s, like Larry DeLuca of Tucson, Arizona, it's literally "a once in a lifetime opportunity." 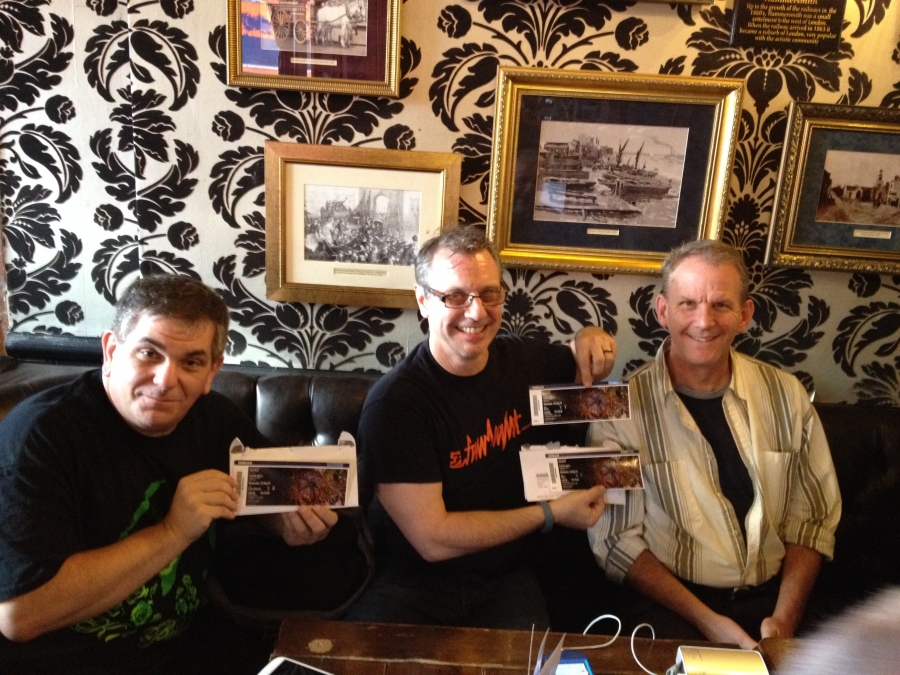 Once I checked into my hotel close to the venue, there was only one place to go: a pub called The Swan. I heard about it from a Facebook fan page started by Martin Parker from London. He told me he wanted a special place for fans to go and feel welcome. He scoped out several pubs in the area and determined The Swan was the best. The management at the pub went so far as to reserve the back room for fans to gather before show time.

About 40 people from around the world were there on the day I went to the pub. Everyone was all smiles, sharing their excitment and trading stories of how they got their tickets. Hilarie Grey, from Las Vegas, woke up at 2 a.m. to purchase her ticket.

As for me, I couldn't get tickets the first time around, even though I woke up at 5 a.m.: All 22 shows sold out in 15 minutes. I was surprised, though not shocked. But a very small number of tickets was released a couple weeks later, so I jumped online and bought one. The feeling was like Charlie getting the golden ticket to the chocolate factory.

Through the course of Kate Bush's run, fans have travelled from as far as Australia, Israel, South Africa and Saudi Arabia. On the day I went to the pub, fans were there from Sweden, Germany and all over the US. 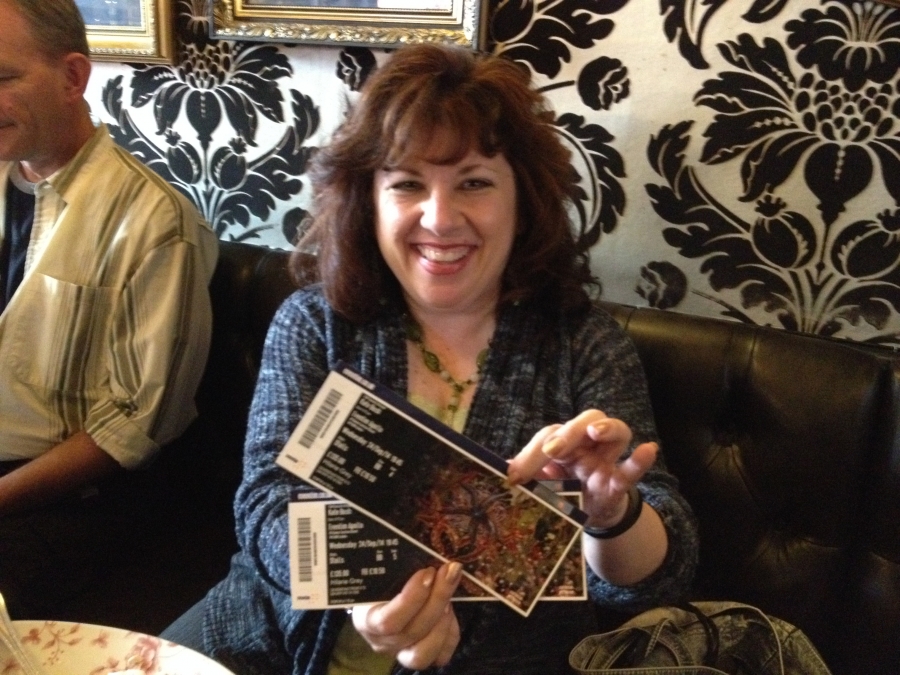 Hilarie Grey from Las Vegas woke up at 2am to purchase her ticket.
Credit:

I met Sue Fechner from Australia, who told me the chance to see a Kate Bush show was on her "bucket list." She was concerned she might faint once Kate stepped out on stage.

Sara Surkamp, who came from St. Louis with her family, agreed. "I'm just going to try and fight back the tears," she said.

You're probably wondering why Kate Bush attracts fans from all over the globe. Well, the answer is quite simple: She doesn't tour, so the world must go to her.

And, as the past month has shown, the fans will gladly come. 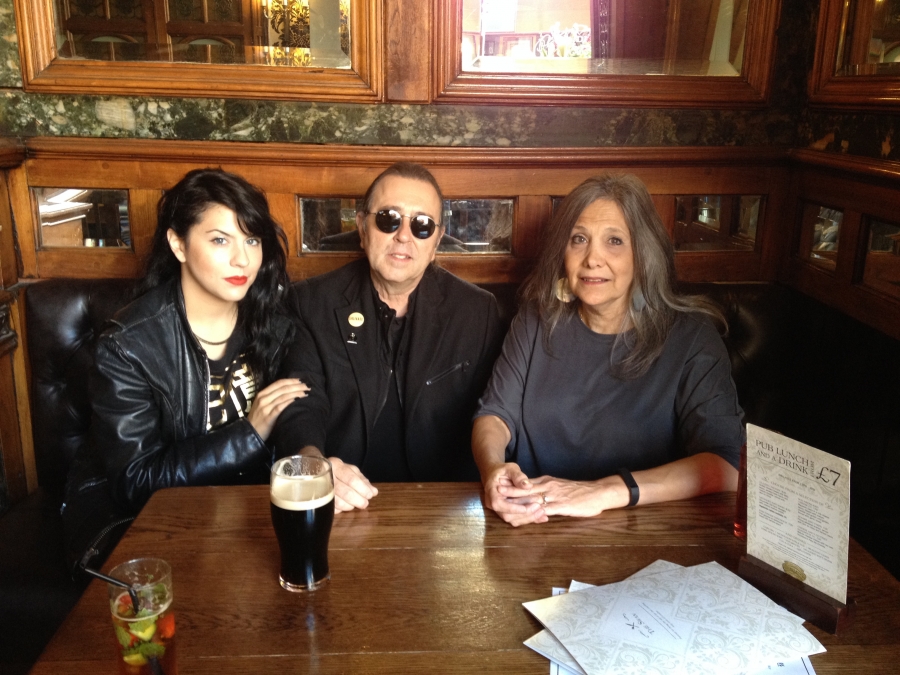 Saylor, David and Sara Surkamp from St. Louis travelled to London as a family and gathered at The Swan before the show.
Credit: