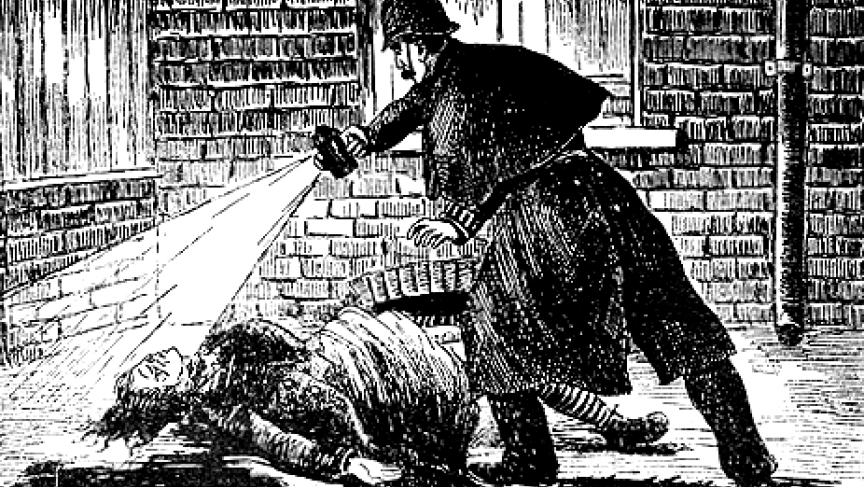 Jack the Ripper's victim is depicted in an illustration from The Illustrated Police News (circa 1888).
Credit:

For more than a century, no one has been able to conclusively identify Jack the Ripper, the infamous Victorian era serial killer who terrified London back in 1888. There have been more than a hundred suspects and countless theories, but there's simply never been a positive identification of the killer — until now.

That's according to Russell Edwards, anyway. He's the author of a new book in which he claims to reveal Jack the Ripper's true identity.

So where's the proof?

The key evidence comes from a silk shawl that Edwards bought at an auction in 2006. It was allegedly taken from the murder scene of Jack the Ripper's fourth victim, Catherine Eddowes.

Edwards enlisted the help of Jari Louhelainen, a molecular biologist who specializes in historical crime evidence, to analyze the shawl. The pair claims they extracted DNA from the blood of the victim — and DNA from her killer.

"In the first set of testing, we got a match with the blood from that shawl and the great, great granddaughter of Catherine Eddowes," Edwards explains. "So we were able to place the shawl at the scene of the murder."

But, of course, there was a twist: "We then managed to identify the origins of the shawl and that it came from Russia. At this point we realized it wasn’t Catherine Eddowes’ shawl at all it. So here we have a shawl that was taken to the murder scene by the murderer."

Edwards says Louhelainen, his scientific colleague, developed a new technique to extract DNA from microscopic remnants of bodily fluids that were preserved deep in the weave of the shawl. Edwards says he was eventually able to track down a descendant of the Ripper, who remains unnamed because of privacy issues.

But one thing was crysal clear: The fluids from the shawl were a "conclusive DNA match." That evidence points to a 23-year-old Polish immigrant named Aaron Kosminski, who came to the Whitechapel district of east London with his family in 1881.

It's not the first time he's been linked with the killings, either. "That man is one of the three main suspects identified by the chief of the investigation at the time of the murders," Edwards says

Despite that, some skeptics of Edward's theory suggest there's no way to tell whether Kosminski was the murderer or just a "client" of the victim, who worked as a prostitute. But Edwards insists there's DNA evidence that the Ripper "took Catherine Eddowes' kidney and uterus, and there's evidence that he placed one of those bodily parts on the shawl. The blood has matched the descendent's DNA, so we know it was there at the scene of the crime."

Edward’s tests and conclusions have not yet been formally reviewed by scientific peers. But Edwards is already claiming that discovering the true identity of Jack the Ripper "is the most amazing thing to happen to me in my entire life, and I don't think I'll ever do anything as historical as this ever again."

There are still plenty of unanswered questions for historians and detectives to focus on. Why did the Ripper brutalize his female victims in such a ritualistic way? How did he just vanish into thin air? What was the trigger for him to decide to do what he did?

For now, it appears those are questions that Edwards will leave for other historians and detectives to tackle. After spending the last seven-and-a-half years investigating the DNA secrets in the victim’s silk shawl — and making a dramatic discovery that apparently reveals the Ripper's true identity — Edwards says he'd "like to take a break" from the case.