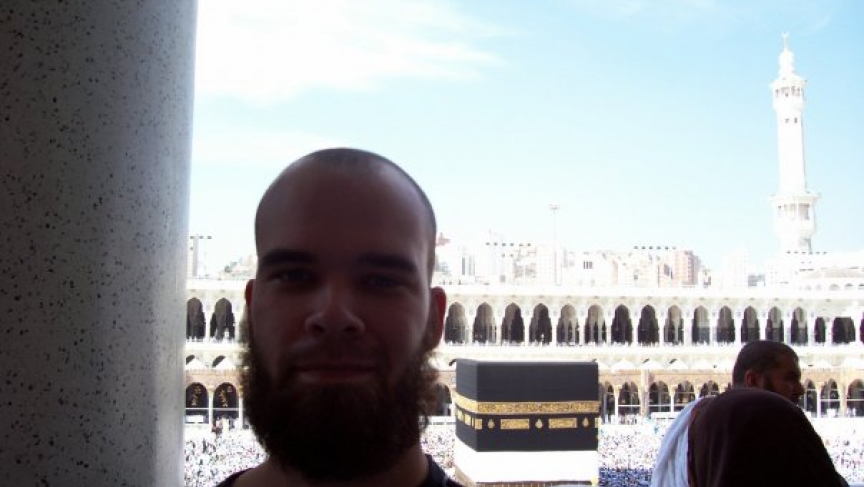 Michael Muhammed Knight converted from Catholicism to Islam, and very nearly joined the ranks for Islamic fighters in Chechnya.
Credit:

Michael Muhammed Knight was raised Catholic and attended a Catholic high school in upstate New York, with family tied to Ireland and Germany.

But when he was 15, he discovered Malcolm X and decided he wanted to change religions.

When Knight was 16, he had his mother drive him to a mosque. And at 17, he converted to Islam and travelled to Pakistan to receive a religious education.

Knight believed he could make a positive contribution with his new faith.

This was in the mid-1990s during the Russian occupation of Chechnya. "And you know, at some point it just occurred to me, 'what can I really do? I wasn't particularly useful as a fighter. I was a skinny little teenager. I wasn't athletic. I didn't have a hunting background ... I never touched a gun. And no one really encouraged me to be a violent person. So I wouldn't have been too useful in that struggle, but that's what I thought I was supposed to be doing."

Knight says he seriously considered fighting for the Chechen rebels, but eventually pulled back.

It was the scholars who were teaching Knight everything about Islam who convinced him to pursue a more peaceful path. They were deeply conservative, says Knight.  He didn't agree with all of their teachings, but one thing did resonate with Knight. He was told that he was there to learn. "I could do more good for the world with the things you're learning rather than going over and being another body in the ditch (they told him)."

They saved his life, he says. But not every kid who pursues the same path is given that same advice.