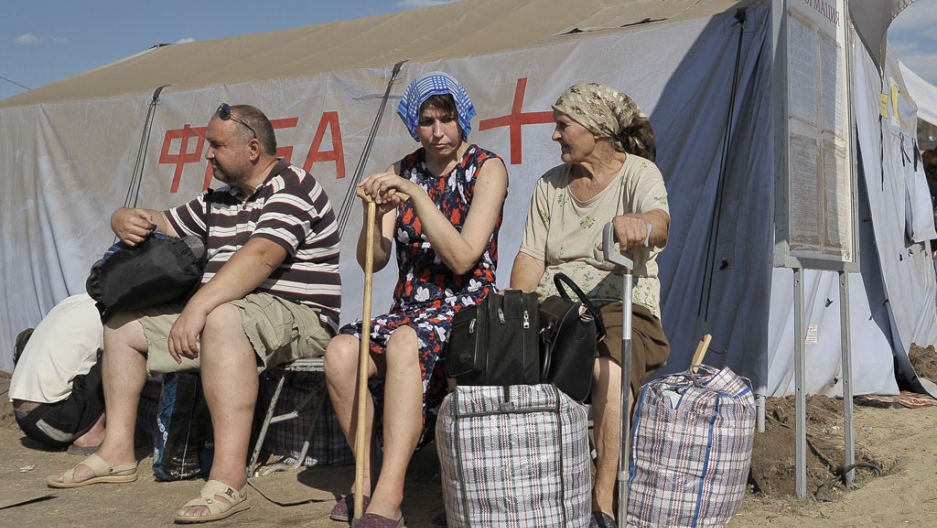 Refugees from southeast Ukraine wait at a refugee camp set up in the Russian border city of Donetsk, in the Rostov region, on Aug. 6, 2014.
Credit: ANDREY KRONBERG
Share

After an escalation of fighting last week, the Ukrainian government and pro-Russian separatist fighters have finally signed a cease-fire.

The break in fighting is an opportunity to look at the cost of the conflict so far. Since February, a combination of violent protests, intimidation, and open conflict has driven a huge number of Ukrainian people from their homes, sparking a major humanitarian crisis.

"Insecurity in rebel-controlled areas makes access to humanitarian aid near to impossible,” according to a recent UN report. “For the [internally displaces persons] that fled the conflict zones, basic health, food and non-food items are a priority need, as they left with few personal items.”

The UN Office for the Coordination of Humanitarian Affairs has been keeping track of the number of internally displaced persons in Ukraine since early June. Right now, 259,741 people have been displaced, including 15,845 from Crimea and 243,896 from eastern Ukraine. The graphics below show just how quickly that number has increased in the last two months.

There is also growing worry about the approaching winter. OCHA warns that "most temporary shelters housing IDPs are ill-equipped for the winter months, lacking insulation and heating systems."

While fewer people have been displaced in Crimea than in the east, there is still a substantial number of people in need of assistance who fled from Crimea earlier this year.

Since there is no centralized system to register displaced people, and not all of them report themselves to Ukrainian authorities or apply for aid, the United Nations believes the actual number of internally displaced persons in Ukraine could be much larger than their estimates.