The inaugural Shanghai International Debate Open kicks off with 100 fidgety students in a small auditorium. Volunteers wear black t-shirts with English lettering that say: “Go back and read more.”

Then the first topic — or motion — appears on a screen. It reads: “This house regrets the ‘celebritization’ of the ALS Ice Bucket Challenge.”

As soon as they find out what they’re debating, a couple of the students scramble to figure out what exactly the ALS Ice Bucket Challenge is. It was popularized on Facebook, which is blocked in China, although it did spread to Chinese social media. The students rush to a judge with questions and she fills them in. 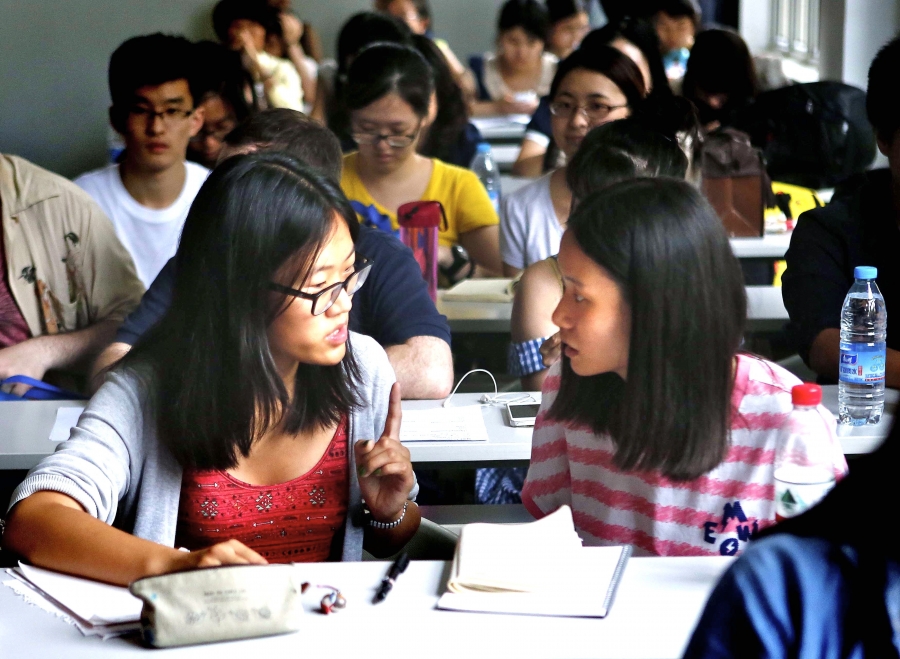 Education experts say Chinese authorities are waking up to the notion that Chinese students need to be independent thinkers if they want to produce their own Steve Jobs or Bill Gates. And they say debate is one way to get there.

“We want to use debate as a medium to give students education and enlightenment,” said Zheng Bo, the tournament’s chief adjudicator and a promoter of British Parliamentary debate in China. He says China’s education system is grounded in Confucian thinking, which poses a challenge.

“Teachers are given absolute authority and students just listen and recite, and remember,” Zheng Bo says. “So that created a lot of students that are really good at doing maths and physics ... where there is a given answer. But when it comes to something without a standard answer … that’s creating a lot of trouble, because they are not familiar with this kind of practice.“

Debate is the perfect educational supplement, he says. It trains students to think critically.

British Parliamentary debate’s oppositional style might seem incongruous in China, since it divides teams into two sides — the government and the opposition — while China operates as a single-party state. Beijing also scrubs dissent from the Internet and constantly stresses harmony and social stability.

So motions tend not to veer into highly sensitive areas, like Tibetan independence, but they still range widely. Government policies are not off the table. 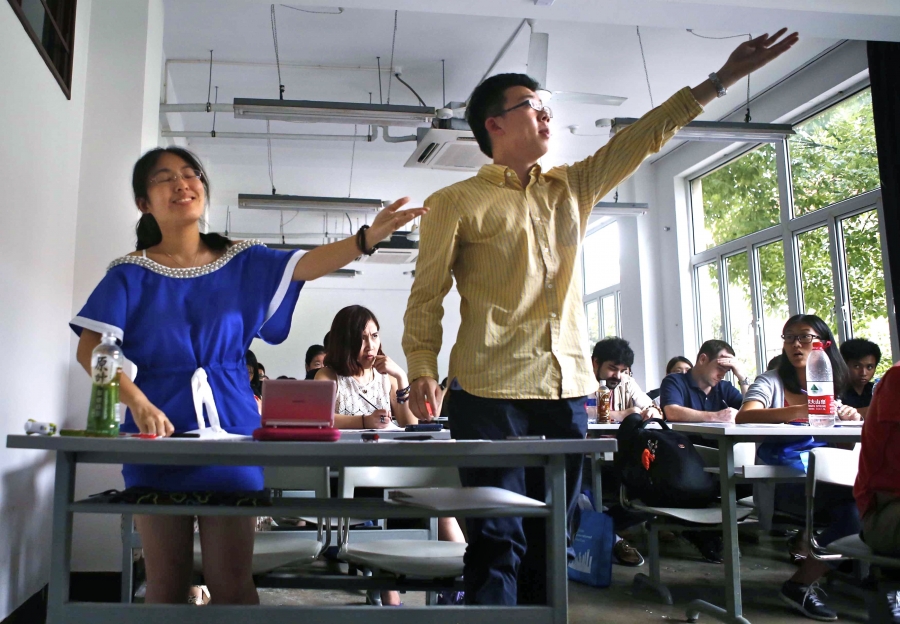 Two members of a debate team make their point.
Credit:

China’s primary education “taught you to love your country, to be patriotic,” Chou says. “But through debate, we see that even though you do not praise your country does not necessarily mean you are not patriotic.”

Another debater goes by the English name Sloan. She believes that British Parliamentary debates will keep growing in China.

“It kind of has this life-long influence on you,” she says. “This kind of critical thinking [is] always with you and influences the people around you.”

Participants also say they consider debating in English to be easier than in Chinese. In English-language debates, you can be simpler and more direct, they say. On the other hand, Chinese debates tend to have really abstract topics, like “Is IQ more important that EQ?”

The tournament concludes with a highly controversial motion to prosecute Israeli Prime Minister Benjamin Netanyahu for hate crimes against Palestinians. One of the winners is from Hong Kong, where many residents are currently demanding greater democracy from Beijing. That subject didn’t come up in the debates.

Before the students leave, Zheng Bo offers a final critique. He says debaters omitted concrete examples to support their arguments.

He tells them, “Go back and read more.”