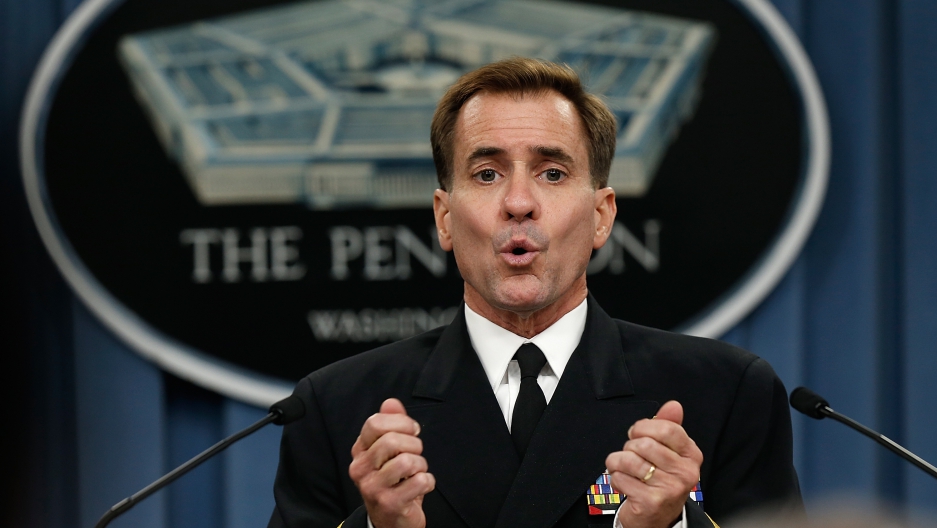 Editor's note, Friday 12:24 p.m.: Since the publication of this story the Pentagon has confirmed the death of Ahmed Godane.

NAIROBI, Kenya — Tuesday, the world learned that a US missile strike in southern Somalia on Monday had targeted Ahmed Godane, the leader of Al Shabaab, a terrorist with a $7 million bounty on his head.

In 2008 a US missile strike killed Godane’s predecessor, Aden Hashi Ayro. Far from destroying Al Shabaab, his death allowed its takeover by Godane, who transformed it from a nationalist Islamic insurgency into a transnational Al Qaeda affiliate capable of administering large parts of southern Somalia.

So what are the likely outcomes of this latest US military intervention in Somalia?

Godane could be alive: He has survived assassination attempts in the past even as US missiles have winnowed his organization’s top leadership.

Or he could be dead, with important ramifications for Al Shabaab, Somalia, and the East African region.

Analysts predict that if Godane has been killed, the group that he has led since 2008 will splinter. Over the last three years Godane has tightened his grip on the organization, ousting, alienating, or killing internal critics and rivals. Godane’s unassailable position gave Al Shabaab a certain ruthless direction but leaves it no clear successor.

“Without Godane as its leader … it is difficult to imagine Al Shabaab remaining a cohesive entity,” writes Abdi Aynte, director of the Mogadishu-based Heritage Institute for Policy Studies. Aynte says the disintegration of Al Shabaab, while possible, “may offer little comfort to those welcoming the unconfirmed news of Godane’s death.”

Al Shabaab includes both Islamic nationalists and global jihadists. The former are obvious targets for government overtures and Somalia has been quick to offer a 45-day amnesty period “to those misled into joining terror groups” in a bid to capitalize on the uncertainty surrounding Godane. Senior commanders could be offered inducements to join the political elite.

The latter group, however, is a more dangerous entity altogether.

Clint Watts, senior fellow at Philadelphia’s Foreign Policy Research Institute, warns, “the most hardcore of Godane’s adherents will break off and form a particularly violent element of Al Shabaab.” That’s saying something: Al Shabaab is renowned for its regular, brutal, and often indiscriminate attacks, including the assault on Nairobi’s Westgate shopping mall in September 2013 that killed at least 67 people, most of them civilians.

The senior fighters with direct links to Al Qaeda who were close to Godane — people like ‘Ikrima,’ who was the target of a failed US snatch operation in Somalia in October 2013 — could “wreak havoc by accelerating operations they already have in motion,” writes Watts, or they might relocate to jihadi battlegrounds in Yemen, Syria, or Iraq.

They may even find a safe haven closer to Somalia, in Tanzania, or in Kenya, where domestic radicalization and terrorism are on the rise and where hundreds of Godane loyalists have been recruited over the years.

Somalia’s gain by Godane’s death, therefore, could be East Africa’s loss: The country could spit out trained and committed jihadists posing new threats across the region.

Like everything else in recent days, the quietness of Al Shabaab since the US airstrike offers up different interpretations, as Harun Maruf of Voice of America pointed out in a series of posts on Twitter.

Al Shabaab’s silence could be either a sign of “extreme confidence” in the knowledge the top leadership is intact and nothing needs saying, Maruf wrote, or a signal that “something went wrong” and an “orderly transition” with the approval of Al Qaeda is in progress.

One thing everyone agrees on is that in the short term the violence is set to worsen.