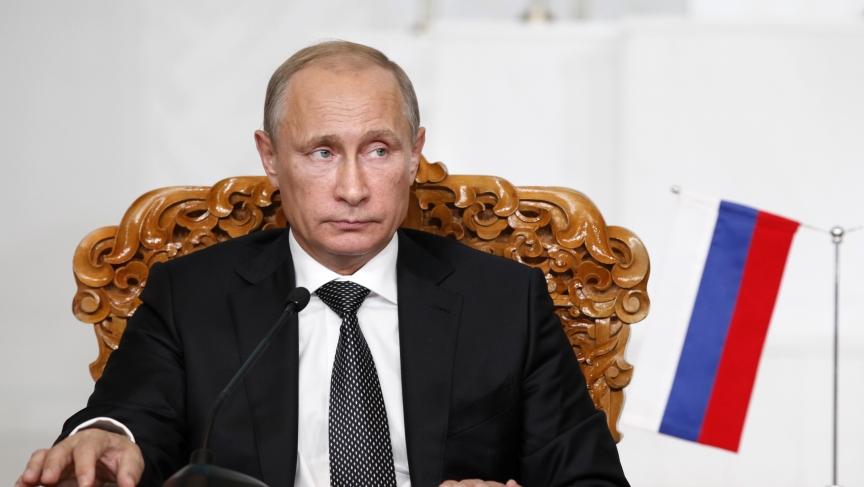 How tight are the ties that bind us?

Russia is certainly testing the strands that hold NATO together.

Today, President Barack Obama was in Estonia where he reassured the leaders of the three former Soviet republics in the Baltics — all NATO members now — with this message: "To the people of Estonia and the people of the Baltics, today we are bound by our treaty alliance. We have a solemn duty to each other. Article 5 is crystal clear: an attack on one is an attack on all of us."

Tough words aimed at deterring Russia from throwing its weight around in the Baltics should President Vladimir Putin be tempted to do there what he's been doing in Ukraine.

His support — military and otherwise — of pro-Russian separatists in eastern Ukraine has much of the region feeling anxious.

Today, though, Putin was at the center of what could be a turning point for that conflict.

I asked reporter Charles Maynes in Moscow to give us a recap. He says the big news started in the morning with Ukrainian President Petro Poroshenko announcing that he and Putin had reached an agreement on a permanent ceasefire. But the Kremlin responded by saying Poroshenko jumped the gun. “I think it made [Poroshenko] look foolish to a lot of Russians,” says Maynes. “And that’s their preferred way of looking at him.”

A little while later, Putin came out with a seven-point peace plan he scribbled together on a flight to Mongolia. And we mean scribbled. Russia Today reported that Putin did lay out the peace plan in handwriting and published the following list:

1. Militias should cease military advances in the Donetsk and Lugansk Regions.

2. Pro-Kiev armed forces should withdraw to a distance that excludes the possibility of shelling settlements.

4. Exclude the use of combat aircraft against civilians and villages.

5. Prisoner/captive-exchange via an ‘all-in-all’ formula, without preconditions.

6. Humanitarian corridors for refugee movement and delivery of humanitarian aid across Donetsk and Lugansk Regions.

Maynes sees the plan as a way for Russia to solidify recent gains on the battlefield. He says it’s also a move for Putin to come in and act like he’s “the only adult in the room.”

But Maynes says Putin’s roll as the peacemaker in the entire situation is akin to a firefighter who is a secret arsonist.

“You know, here he comes in and he’s lit the fire and he’s coming in to save everyone. And not only that, he’s going to collect on the insurance,” Maynes says.