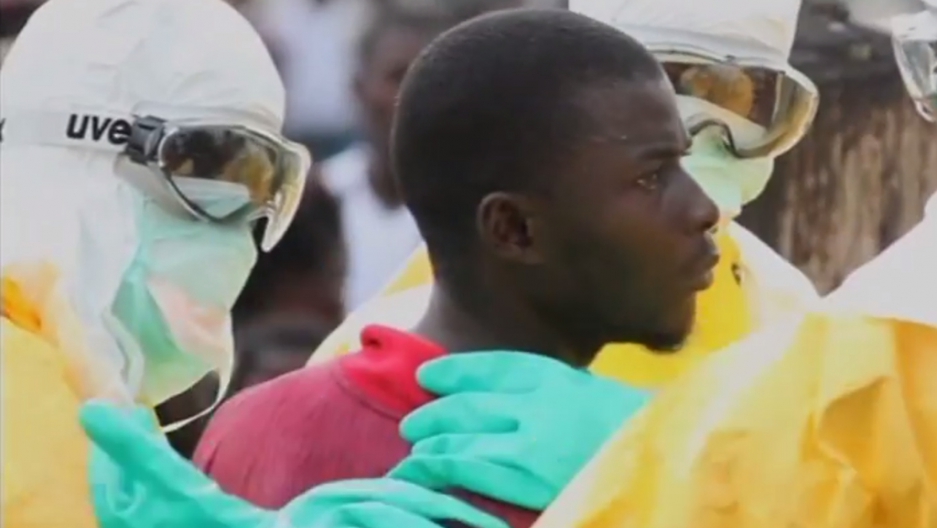 Editor's Note: This article has been edited to reflect new information.

Video has emerged of a harrowing scene at a local market in Monrovia, Liberia after a man suspected of being infected with Ebola wandered away from nearby clinic. As the video illustrates, health workers from Doctors Without Borders (MSF) followed the man through the market wearing hazmat suits, as other people watched, jeered, and fled. When the man seemed unwilling to return voluntarily to the medical facility, workers physically seized him and forced him into the back of a truck.

A press officer for MSF told the New York Times that the man was returned to the clinic, where he was treated and discharged.

The above video, released by Reuters, is a shocking glimpse into what life is like at ground zero of the worst Ebola outbreak in history. It has killed more than 1,500 people and infected more than 3,500 in West Africa, and the World Health Organization warns that 20,000 people could become infected without massive and coordinated international action.

The Ebola outbreak, in 15 numbers

How the Ebola outbreak turned into a racism and responsibility debate