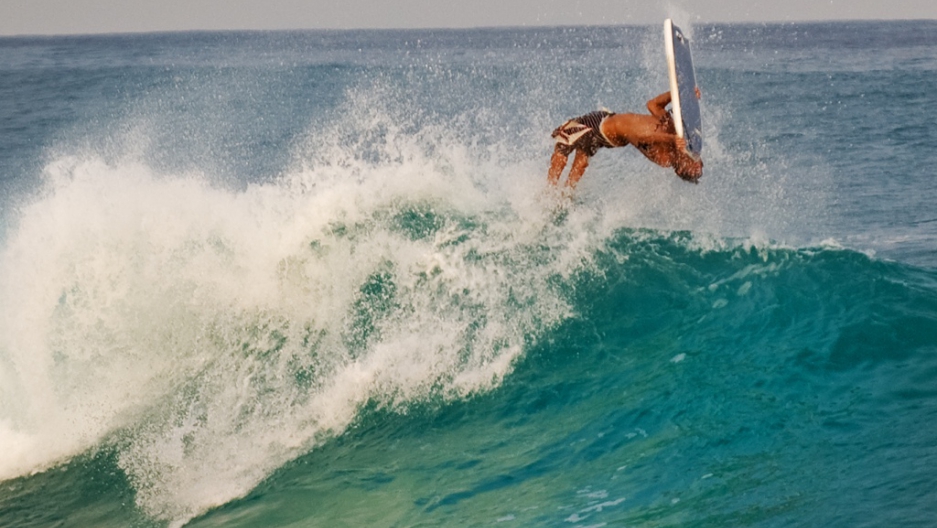 As the season draws to an end, officials here are boasting a bumper season in the country’s top resorts, including Puerto Vallarta, Los Cabos and Cancun, where hotels have been packed to the highest levels ever.

The total number of tourists in Mexico hit a record in the first half of the year, with more than 14 million foreigners touching down, almost 20 percent more compared to last year, the Tourism Department said.

The spike in visitors, especially Americans, comes after several years of stagnation in the travel sector here amid a slow global economic recovery and fears of gory cartel violence.

The arrivals first dropped in 2009, when cartel killings rocketed and an H1N1 flu scare swept the country. Tourists continued to arrive in fewer numbers from 2010 to 2012, as mass graves and gang massacres tarnished Mexico’s name.

Last year, tourist numbers finally recovered to just over the 2008 level. This year they soared.

The return of visitors follows an ad campaign, including images of Mexico’s crystalline waters, curving coastlines and Aztec pyramids behind soothing music and this play-on-cliche slogan: “Live it to believe it.”

The pictures of dreamy beaches, financed to the tune of $43 million, hit TV stations, websites, and print pages across the United States, reminding Americans of the nearby jewels.

But perhaps more important has been another campaign by the administration of President Enrique Peña Nieto. He’s talking less about the bloodshed and more about what he sees as the positives in his sweeping reforms agenda.

Previous President Felipe Calderon kept the drug war on the front page by trumpeting a head-on battle against cartels and dressing up in military uniform as he addressed Mexican soldiers.

In contrast, Peña Nieto and his officials rarely mention the narcos, sticking to a script about modernizing Mexico through measures like opening up the oil industry to foreign investors.

The switch in style impacted media coverage as soon as Peña Nieto took office in December 2012.

A media monitoring group found that in the first three months of his term, local reporting on cartel violence halved, with the Spanish words for “organized crime” appearing 52 percent less and “drug trafficking” 54 percent less.

Following the Mexican press, there was a distinct change in foreign reporting on Mexico, with pundits such as The New York Times’ Thomas Friedman highlighting the nation’s potential rather than its problems.

Rising conflicts in other places like Ukraine and the Middle East also have jerked news anchors’ attention away from Mexico’s violence.

The authorities still go after drug kingpins. Remember the February arrest of most-wanted drug lord Joaquin “Chapo” Guzman? But officials are no longer parading their prize catches in front of the cameras in perp walks.

There has also been an end to videos of cartel hit-men confessing to police about hundreds of murders. Those used to air on primetime news shows, terrifying Mexicans and foreigners alike.

Marc Murphy, who directs tourism efforts for hotels on the upscale Pacific coast’s Riviera Nayarit, says the change in Mexico’s security image has been the most decisive factor in attracting tourists back to the beaches.

“The perception of security in Mexico has an enormous effect on tourism. When there were stories of drug violence and cartels every day it stopped some people [from] coming to the resorts, even though they were never much affected by that violence,” Murphy said.

“When the president talks less about drugs and violence, the national newspapers write less about it and so the international media report less on it. Perception becomes reality.”

But while the government is enjoying some success at reducing the media coverage on cartel fighting, the shift in the security situation on the ground has been more nuanced.

The official number of homicides has gone down slightly in Mexico in a tendency that began in the last year of Calderon.

“The violence in Mexico keeps on falling,” Peña Nieto said Friday at a national security meeting. “These results are due in a large part to the new coordination strategy. There is better coordination between authorities at all levels, especially the institutions in charge of public security.”

There have also been fewer spectacular massacres or piles of decapitated heads on public display that used to get global headlines during the Calderon era.

However, Mexico still has an alarming number of homicides. Mass graves continue to be unearthed. Cartel violence haunts certain states, such as Tamaulipas in the northeast.

“It is disturbing if officials start to see the present level of murders as being manageable or acceptable and the urgency in tackling the root causes of this problem is lost,” says Alejandro Hope, a security analyst with the Mexican Institute for Competitiveness, a think tank.

“We still have more murders in Mexico than in the whole of the United States, which has a much bigger population. Mexico has more murders in many weeks than Spain has in a year.”

Hope says the body count has reduced as the leadership of some of the most violent cartels, such as the Zetas, has been decimated.

However, many spinoff gangs from these cartels are transitioning from the international drug trade to more local criminal enterprises, such as kidnapping, which has gone through the roof.

Last year, Mexico reported the highest number of kidnappings on record, with 1,698 abductions, according to the police. Many more kidnappings go unreported because family members are scared for the lives of their loved ones.

More from GlobalPost: Even the 99 percent get kidnapped in Mexico

Despite such problems, Peña Nieto has won praise from leaders including President Barack Obama for his structural reforms, adding to more positive international coverage.

Even with the reforms, however, Mexico’s economic growth is still sluggish, expanding 1.1 percent in 2013 and 1.7 percent in the first half of 2014.

Tourism, officials hope, could be one of the industries that drives growth higher.

The increase in visitors this year means it’s one of the fastest growing sectors of Mexico’s economy, bringing in $8.4 billion in foreign currency in the first half of the year. It already employs about 7 million people, and tourism officials expect that will rise steadily throughout the Peña Nieto administration.

“Tourism is very important to this country, so it is good that there is now a government here that is supporting it,” said Murphy in Riviera Nayarit. “With this many great beaches, and planes to reach them from all over the world, the tourist industry here could keep growing and growing.”