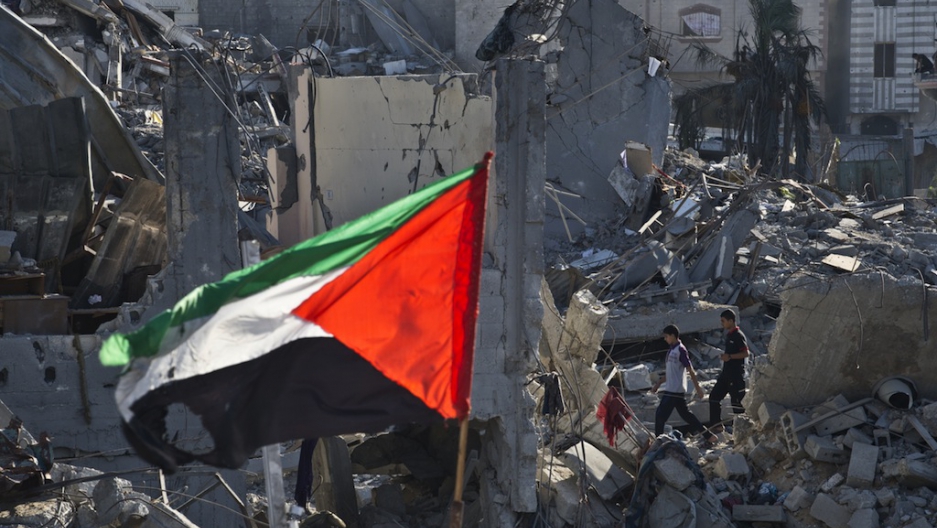 Two Palestinian boys walk amid the rubble of destroyed homes in Shejaiya on August 27, 2014. Shejaiya is one of the hardest hit neighborhoods in fighting between Hamas militants and Israel during 50 days of fighting. Israel and Palestinians both boasted of victory in the Gaza war but analysts say Hamas received only promises while the conflict aggravated divisions in the Israeli leadership.
Credit: Roberto Schmidt
Share

BOSTON — I admit it. I find myself in unfamiliar territory. Twenty-five years in the Israeli Foreign Service, during which I spent much of my time countering terrorism and its supporters, didn't prepare me for this. In our fight against Hamas, I am pro-Palestinian.

As a human being, an Israeli and a Jew, I cannot ignore the suffering that Gazans — like their Muslim, Christian and Jewish Israeli neighbors across the border — have undergone during two months of fighting. It's truly painful to see.

While no other military in history has taken the steps to prevent the loss of innocent civilian life as the Israeli Defense Forces have, still it is heart-wrenching for our soldiers, our civilians and our government.

I find it particularly difficult to witness, day in and day out, the helplessness of almost two million Palestinians being held hostage in the clutches of the jihadi regime bent on pursuing only death and destruction. They are denied their basic rights and the opportunity for normalcy.

I have no doubt that Palestinians, like Israelis, seek normalcy. Like us, they want a better future for themselves and their children. If they could speak freely I am sure they would say that they want the concrete and metal that went into the tunnels to go into schools and clinics instead.

Any observer can see this plainly in Israel’s relationship with the Palestinian Authority in the West Bank — a relationship which, while far from perfect, certainly reflects an aspiration toward normalcy at its most basic level: toward improvement, not destruction.

How can I be so sure? Well, I saw this thirst for normalcy with my own eyes just this summer in New England, while visiting the "Seeds for Peace" summer camp held annually in Maine.

There my wife, Ofra, and I met not only Israeli campers of all religions, we also chatted with Palestinians. My Arabic-speaking wife conversed with them in their mother tongue.

We didn't talk politics, of course, just about how wonderful it was to enjoy life itself. We spoke civilly, shook hands, smiled and even laughed with each other. Indeed, in this serene New England atmosphere we saw so clearly how good fences make good neighbors.

Talking to the kids from Gaza, I tried to imagine their own home: a place where dissenters — or just anyone who's different — are executed at will; where Christians are persecuted; where civilians are attacked by their own as they seek medical treatment; where children are forced by armed militants to labor day and night digging tunnels intended to kill their Israeli contemporaries; where youth are taught to glorify suicide.

It should not come as a surprise that this sounds a lot like the Islamic State in Iraq and Syria: Both organizations impose radical Islamic rule on the territories they capture, through the use of armed force and violence devoid of any red lines.

Both organizations terrorize the areas they overrun through intimidation, threats, executions and hard-line Sharia law.

Israel's aim is to break the yoke that Hamas has placed squarely upon the shoulders of Gaza. I hope this is accomplished, and I hope that those who consider themselves pro-Palestinian recognize that this result would not have been achieved were it not for the Israelis who paid with their own lives.

There should be no doubt: Hamas is an extremist group hiding behind the Palestinian cause. This has been made clear repeatedly in the last two months by its leaders, who have routinely referred to their Palestinian brothers and sisters as no more than cannon fodder paving their road to jihad. Indeed, they have been specific about their willingness to sacrifice millions of Palestinians to this end.

In this fight against Hamas, Israel is pro-Palestinian. We are on the right side of history. Nothing could make me prouder.

Yehuda Yaakov is Consul General of Israel to New England.