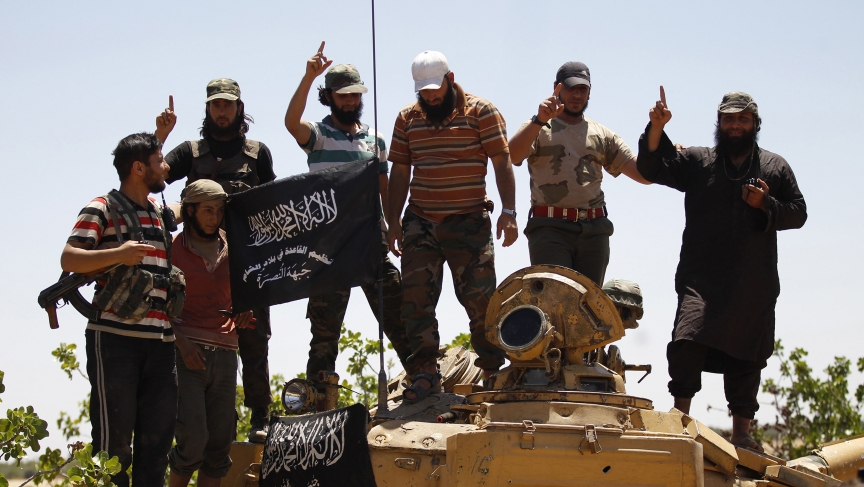 US journalist Theo Curtis was released Sunday after two years as a captive of Islamic militants in Syria.

The group that was holding Curtis is called Jabhat al-Nusra, or the Nusra Front.

“Jabhat al-Nusra is actually the official al-Qaeda affiliate in Syria,” said Shadi Hamid, a fellow at the Brookings Institution's Center for Middle East Policy, and author of a new book on Islamist movements called "Temptations Of Power: Islamists and Illiberal Democracy in a new Middle East."

Jabhat al-Nusra, however, has nothing to do with the Islamic State movement, the group that beheaded captured US journalist James Foley last week.

The Islamic State organization was formerly known as ISIS or ISIL, and is descended from al-Qaeda in Iraq. However, al-Qaeda "central" disowned ISIS because of its brutality.

“There’s a very interesting and growing distinction between ISIS-Islamic State on one hand, and Jabhat al-Nusra on the other,” says Hamid.

“We now have a spectrum of brutality,” says Hamid, “and not all extremist groups are created equal.”

By contrast, Hamid says, “ISIS doesn’t play well with others.”

Hamid says the timing of the release of Curtis, so soon after the death of Foley, suggests an attempt to draw a contrast with the Islamic State. “I wouldn’t go so far as to call this a charm offensive,” says Hamid, “but they are trying to show that they are amenable to mediation; they are amenable to negotiation and discussion.”

Curtis was released following mediation by the Gulf state of Qatar.