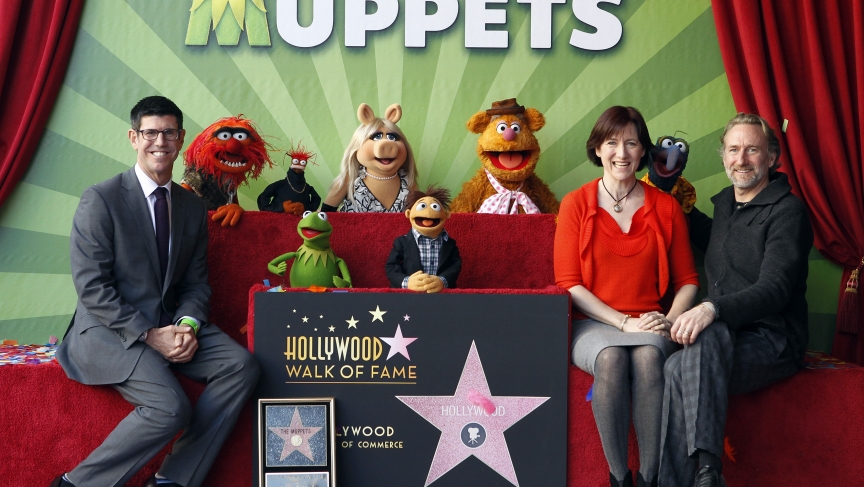 Puppets have been around for thousands of years — but when we hear the word, a whole lot of us immediately think of Jim Henson's Muppets.

Throughout his career, Henson used technology — and innovative, low-tech techniques — to offer audiences new experiences in the nascent years of television. "He had got his first TV in 1950; five years later, he was on TV," explains Elizabeth Hyde Stevens, author of “Make Art Make Money: Lessons from Jim Henson on Fueling Your Creative Career

“I think his most important achievement was the monitor feedback system that he set up,” says Hyde. “So the system is a closed-circuit TV and what it does is it allows him to actually see exactly what the viewer at home sees.”

This advancement shouldn’t be underestimated. On Sesame Street, it allowed the characters to talk directly to the camera, making kids at home feel that much more connected.

Stevens says that long before computer animation, Henson visited a workshop in Denver and created some very early graphics for some commercial work. “Then he worked with Pacific Data Images, who later became the Dreamworks Studio, to create the first computer generated puppet character.”

"He always wanted to get bigger and bigger and break barriers. If someone said, 'it can't be done,' he would try to do it," Hyde explains.

Sam & Friends became The Muppets, which then went to Hollywood and became a huge brand. "He started small with what he could do, which was puppetry, and then got to this amazing place."

In order to achieve his success, Henson embraced not only technology, but also the business side of artistic endeavors.

Seeing is believing, so go “behind the fabric” and watch Jim Henson describe the “Secrets of the Muppets” in this video

Some 45 years later, Sesame Street is still appealing to both adults and children.