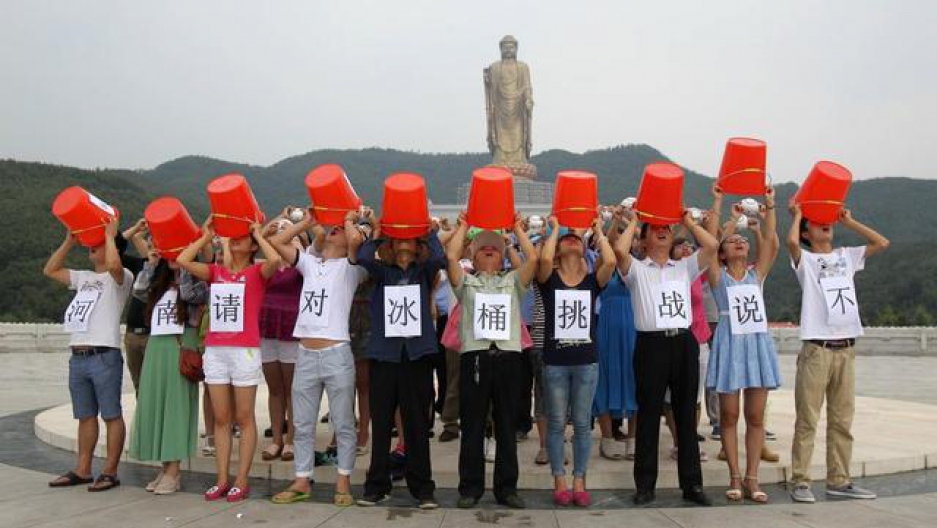 The ALS #IceBucketChallenge has proven remarkably successful, both in terms of amalgamating funds and raising awareness for the degenerative nervous disorder, ALS, or Amyotrophic Lateral Sclerosis.

One thing it hasn't done, however, is win fans in central China.

Tencent news reports on protests in Henan, where people are shouting "We want to drink water!"

Folks in Henan province are experiencing their worst drought in half a century.

So, it follows that they wouldn't be so enamored of anything that involves throwing a bucket of water over one's head, no matter what the cause.

Which is, of course, the crux of this particular fundraising campaign. People are encouraged to take a video of themselves pouring a bucket of ice water over their heads and then challenge others to do the same and/or donate money to the ALS Association.

Patrick Stewart, Bill Gates, Charlie Sheen have all hopped on the bandwagon. (So have these people, though really someone should have stopped them.)

The protesters in Henan, according to Shanghaiist, advocate helping ALS patients in other ways.