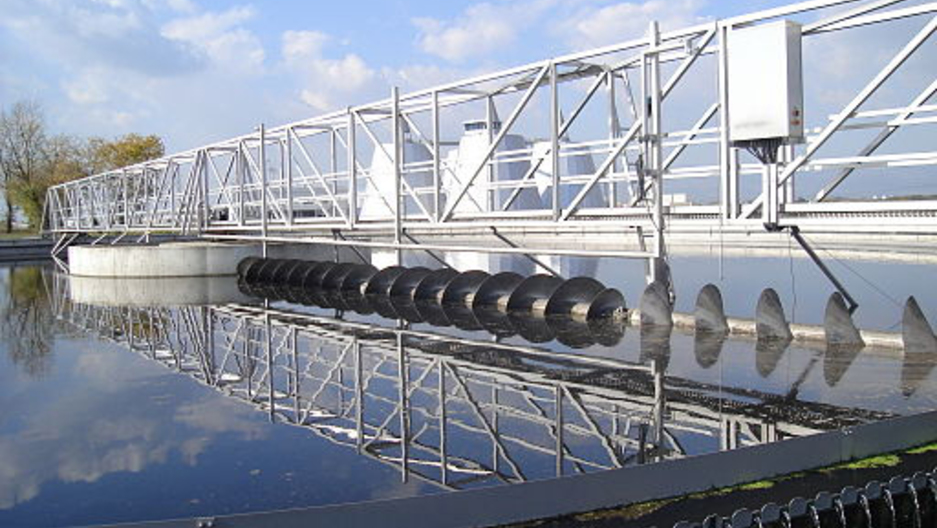 Climate change predictions and areas of severe drought in the US and around the globe have put water high on the list of global crises. The answer is "Water 4.0," argues David Sedlak, a professor of civil engineering at the University of California-Berkeley.

What's Water 1.0? To understand that, you have to understand how we got the water system we have now — and where it might be going.

First, says Sedlak, there was Water 1.0, when Rome built aqueducts to bring in water and dispose of waste. Water 2.0 saw 19th century Europeans chlorinate and filter drinking water. That was followed by our present system, Water 3.0, which treats sewage, as well as drinking water.

Now it's time for Water 4.0, David Sedlak argues in his new book, Water 4.0: The Past, Present, and Future of the World’s Most Valuable Resource. Sedlak is co-director of the Berkeley Water Center and he takes comfort in the history of water supply innovation.

We're already familiar with one of the tenets of Water 4.0 — conservation. “Quietly, over the last 10 or 20 years, we’ve seen indoor plumbing change as people are, for example, switching out their top-loading washing machines for front-loading washing machines,” Sedlak points out. “We’ve saved a lot of water that way. [But] we can do better and we will do better.”

The second principal of Water 4.0 involves creating clean water locally by doing things like capturing urban storm water run-off, using seawater desalination plants and sustaining existing urban “reservoirs.” Building a reservoir in the middle of a city is nearly impossible, Sedlak explains, but many cities already have a reservoir underneath them.

“Los Angeles, for example, has some wonderful urban aquifers that serve as a source of water supply for the city,” Sedlak says. “Those urban aquifers are like reservoirs within a city. If we can recycle water and put it back into the ground, we create a local water supply that we can draw upon even during times of drought.”

Finally, he writes, we can start recycling our water even more dramatically, either close to home with greywater (water from bathroom sinks, showers, tubs, and washing machines) or by recycling sewage after it’s been treated and putting the clean water back into the water supply.

One big challenge is to find ways to reduce the amount of drinkable water we flush down the toilet every day. For decades, Sedlak points out, we’ve built our homes with only one kind of pipe coming into them. And that pipe carries drinking water. It’s very difficult to re-plumb and rebuild everyone’s home with a second distribution system for toilets.

“An alternative would be to find a way to get rid of our wastes without using so much water,” Sedlak says. “The modern flush toilet many of us have in our homes uses about 1.5 gallons per flush. It’s possible to reduce that with a vacuum toilet — the kind of toilet that we’re familiar with on airplanes.”

But the water savings associated with this change aren’t huge, so it may not be a good economic investment, he says. Over time, however, we will need to get away from putting drinking water into our toilets.

The long-term drought the US is experiencing in California and the Colorado River Basin are helping to increase public awareness around the issue of water use and conservation, but social and cultural attitudes are going to have to change, Sedlak emphasizes.

“If the system remains hidden underground and people just turn on the faucet and don’t think about all the effort that goes into getting the water to them, we can’t have an intelligent discussion about water supply,” he says.

As is often the case, only a true crisis may force us to confront the problem directly.

“Whether it’s a public health crisis and people dying from typhoid fever and cholera; or whether it’s rivers catching on fire [or] the Great Lakes dying — these things prepare the public for the investments and the discussions and the decisions that have to be made about going to a new way of supplying and treating water,” Sedlak concludes.