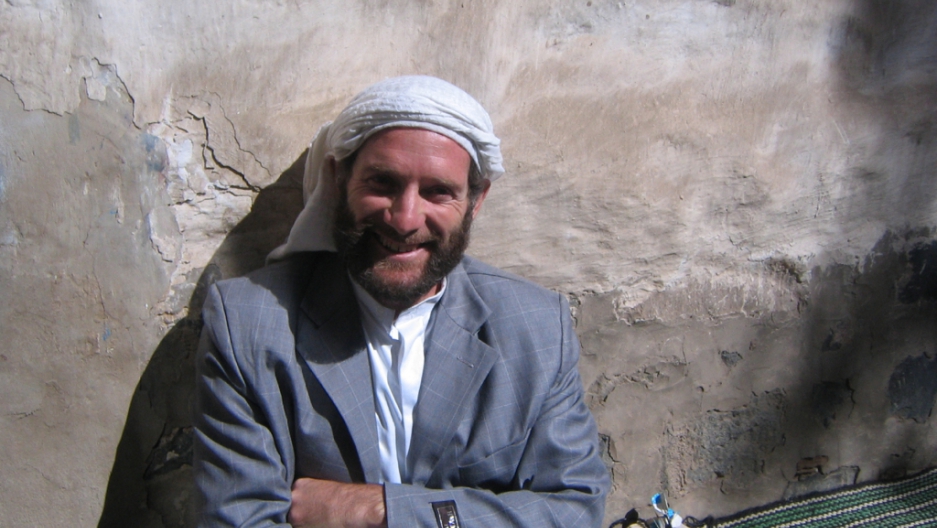 Theo Curtis said he went through "various stages of Yemenization," and that although he never felt himself succumbing to the power of Islam, the years he spent in Yemen were transformative.
Credit: Theo Curtis
Share

A young American who has been held hostage for two years by an Islamic rebel group in Syria has been freed, according to top US officials and the UN.

Peter Theo Curtis, 45, from Boston, was handed over to United Nations peacekeepers in the Golan Heights on Sunday, reports say. He had been abducted in Antakya, Turkey, where he had planned to enter Syria, in October 2012.

"Particularly after a week marked by unspeakable tragedy, we are all relieved and grateful knowing that Theo Curtis is coming home after so much time held in the clutches of Jabhat Al-Nusrah," John Kerry said in his statement.

The news of Curtis' release comes less than a week after a video surfaced showing the beheading of captive US journalist James Foley of GlobalPost by the Islamic State.

Curtis was being held by Al Nusra, the Al Qaeda affiliate in Syria, which was a rival of the more radical Islamic State, or ISIS.

The United Nations said it facilitated the handover of Curtis in a statement on Sunday.

"He was handed over to UN peacekeepers in Al Rafid village, Quneitra, the Golan Heights, at 6:40 p.m. (local time) on 24 August 2014. After receiving a medical check-up, Mr. Curtis was handed over to representatives of his government," the UN statement said.

His release is said to have been negotiated by Qatari officials, according to Al Jazeera.

Nancy Curtis, the journalist's mother, told the New York Times that while she didn't have details, she had been told by Qatari negotiators that no ransom had been paid.

“We were repeatedly told by representatives of the Qatari government that they were mediating for Theo’s release on a humanitarian basis without the payment of money,” Mrs. Curtis said.

The New York Times reports to have a video of Curtis, bound and disheveled, dated June 30. In the video, an armed man watches over Curtis as he begs for his life.

“I have three days left. Three days — please do something,” Curtis is reported to say in the video.

A second, very different video was released weeks later, according to the Times. Speaking from a script, Curtis says his captors have treated him well and says he “had everything” he needed. “Everything has been perfect — food, clothing, even friends,” he says in the footage.

GlobalPost co-founder Philip S. Balboni said Curtis' captivity was one of the best kept secrets of the past two years of the Syrian conflict. "Very few people were aware that he was being held captive," Balboni said Sunday.

We now know that the Islamic State has reporter Steven Sotloff, who was shown at the end of the video depicting Foley's beheading, as well as two other Americans.

Additionally, reporter Austin Tice who had freelanced in Syria for the Washington Post and McClatchy News Service is believed to be held by the Assad regime in Damascus.

Matthew Schrier, an American photojournalist who escaped in July 2013 from a house in Aleppo, Syria, where he was being held by Al Nusra did so by climbing up on the back of Curtis, his cellmate at the time, and out a window, according to the New York Times and GlobalPost's Balboni.

Schrier related to GlobalPost in an interview at the time the pain he felt at having to leave Curtis behind who did not have the strength to pull himself through the window.

“It is a great irony," Balboni said, “that Jim Foley’s final sacrifice may have been to give Theo Curtis his freedom."

"I am convinced that the leaders of Al Nusra looked at Jim and what IS did to him and the international outrage it provoked, and they decided that they would be far better off setting him free, rather than continuing to hold him and bring down the wrath of the US on them as well,” Balboni said.