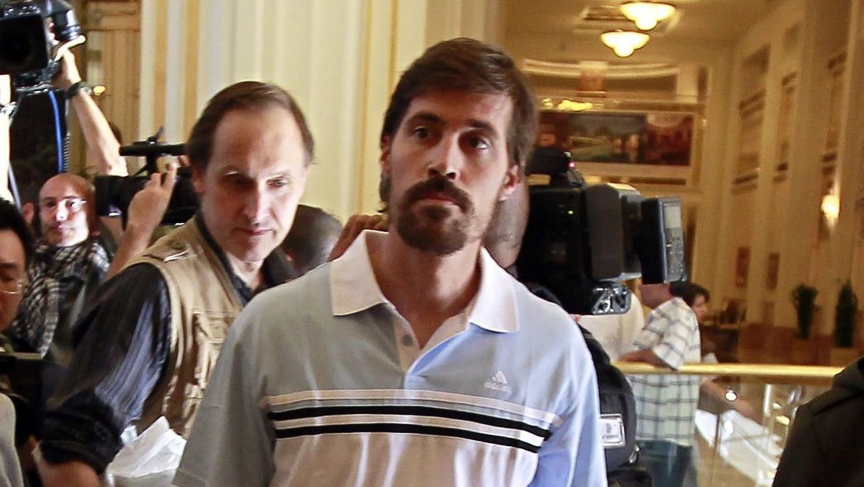 James Foley's kidnapping was not an isolated case. In recent years, a number of American journalists have been captured by militants — at least 30 journalists are currently missing in Syria alone, according to the Associated Press.

Investigative reporter David Rohde experienced that while working for The New York Times in Afghanistan, where he was kidnapped by the Taliban in 2008. He endured seven months in captivity in Afghanistan and Pakistan in before he managed to escape.

Like Foley's abduction in Syria, Rohde's kidnapping was subject to a media blackout that captors demanded and family members in the US accepted. “Families do that because they don’t want to get their relative killed,” says Rohde, who's now with Reuters.

But while Rohde survived his captivity, he says media blackouts and behind-the-scenes agreements aren't keeping journalists safe. “The problem with blackouts is that it keeps everything in the shadows and it doesn’t hold governments accountable for what’s happening," Rohde argues. "The payments by European governments for their hostages are being kept secret and then the American government faces very little pressure."

Rohde says that difference between European and American policies causes problems for American hostages. European governments will and do pay out ransoms to terrorist organizations, but the United States does not. In fact, other than the highly public prisoner that freed Bowe Bergdahl from Taliban captivity in May, Rohde says there has not been a single case of the US government paying a secret ransom to free a captured American.

“American citizens shouldn’t kid themselves thinking that the government is going to secretly pay a ransom or help them," Rohde says. "That isn’t going to happen."

But because European countries are willing to shell out to free hostages, militants still do demand ransoms. And for Americans, the burden of paying that ransom falls on families instead.

“The current practice is that, if an American family or an organization can come up with some kind of ransom, the American government will turn a blind eye,” Rohde says, “The problem is when European governments are paying millions of dollars, that puts these families in an impossible situation.”

A New York Times article recently reported that al-Qaeda affiliates had been paid at least $125 million from kidnappings since 2008, much of that money coming from Europe. In short, says Rohde, “kidnapping is working."

“No American family can come up with millions of dollars, so again, this lack of coordination between the US and Europe leaves Jim Foley and Steven Sotloff [another American journalist who is still being held] in impossible situations.”

Rohde isn’t sure what the best ransom policy might be.  What he does know is that this horrific problem — what he calls "the most cowardly crime" — should no longer be blacked out.