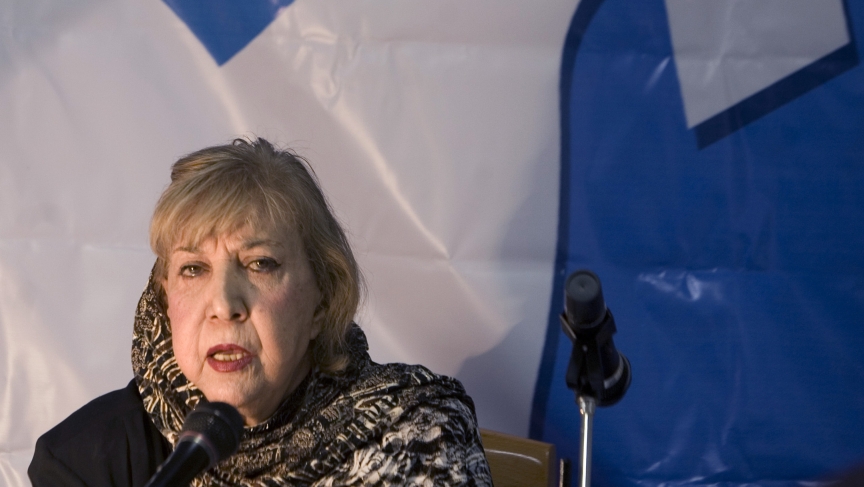 Iranian poet Simin Behbahani speaks at the "Yes to peace, No to war" conference in Tehran on November 19, 2007.
Credit:

Iran has lost one of its most beloved poets. Simin Behbahani was known as "Iran's Lioness" for her fearless poems, which led Iran's government to confiscate her passport so she couldn't travel. She was 87 when she died early this morning in Tehran.

"For the last seven decades, she has been the voice — the eloquent, the defiant, the honest voice — of the Iranian people," says Farzaneh Milani, a professor of Persian and Women's Studies at the University of Virginia.

Milani was a close friend of Behbahani's and translated some of the poet's works into English. She says Behbahani was a prodigy who started writing poetry when she was 14 years old.

"Her concerns [have] been social justice, human rights, human dignity and democracy," Milani says. For her, an important aspect of Behbahani's work is "her rejection of any form of violence."

Behbahani's poetry wasn't just popular in Iran. She was nominated twice for the Nobel Prize in literature. And while she never won it, she received numerous other awards for her work.

Her writing also drew the attention of the Iranian government, which confiscated her passport and banned her from travelling outside the country in 2010. President Obama mentioned the ban in a message to the Iranian people in 2011 in which he also recited one of her poems:

"Old, I may be, but given the chance, I will learn.

I will begin a second youth alongside my progeny.

I will recite the Hadith of love of country with such fervor as to make each word bear life."