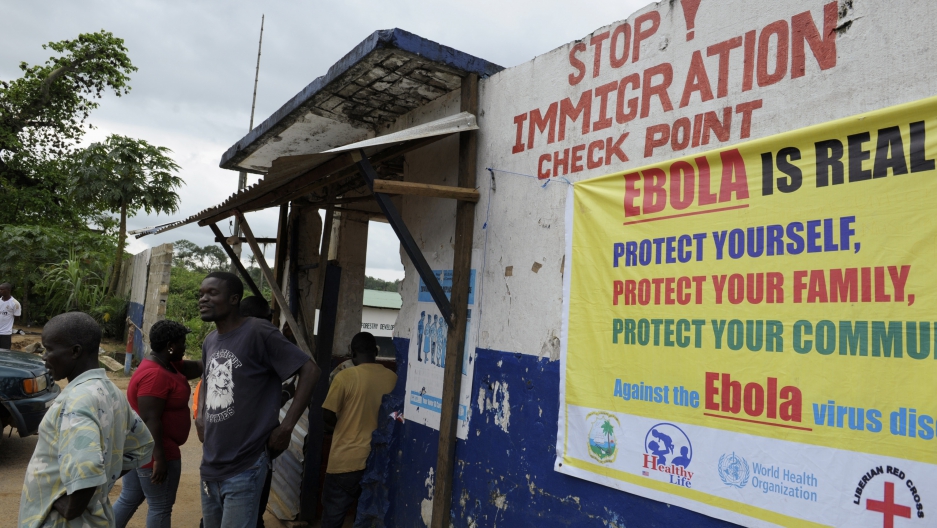 Soldiers check people traveling in Bomi County, in the northwestern portion of Liberia, on August 11, 2014.
Credit:

On Saturday, the clinic was attacked by an angry mob and reportedly looted of blood-stained mattresses, sheets and medical equipment. Many in the mob reportedly believed the Ebola outbreak is a hoax perpetrated by the Liberian government.

“There’s a lot of fear and misapprehension and misunderstanding of Ebola in Liberia,” says Jina Moore, a reporter for BuzzFeed currently on assignment in Monrovia. “So the community sort of turned on the clinic — turned, really, on the idea of Ebola — and said they didn’t want Ebola in West Point, that Ebola was a hoax, and overran the facility bringing all the people who had been contained inside, out.”

Lewis Brown, Liberia’s Information Minister, told the BBC Monday that the 17 patients who fled during this attack had gone “back into their communities.” Health officials are now searching to try to find the infected individuals in an effort to stop the virus from spreading any further.

“I think that these feelings that Ebola is not real — that it’s a hoax — come not just from a place of misunderstanding, or ignorance about the disease,” Moore says. “They’re much more deeply about distrust and fears."

Much of that distrust is aimed at the government. “There’s been suspicion and distrust of authority in Liberia for years and years and years,” Moore continues. “This is a country that went through a really brutal and nasty war period in very recent memory. And that affects how people feel day-to-day about the way society is organized and run.”

Moore points out that, compounding the issue of public mistrust, Ebola never before had a presence in Liberia. Now more than 400 people in the country have died from the disease.

“It is brand new [in Liberia] and it is quite a killer. It shows up, you might not even know you have it, and then two days later you’re dead. So it’s a terrifying thing to experience," she says. "And of course, when you’re responding to something terrifying and unknown, there’s a lot of doubt and suspicion and fear.”