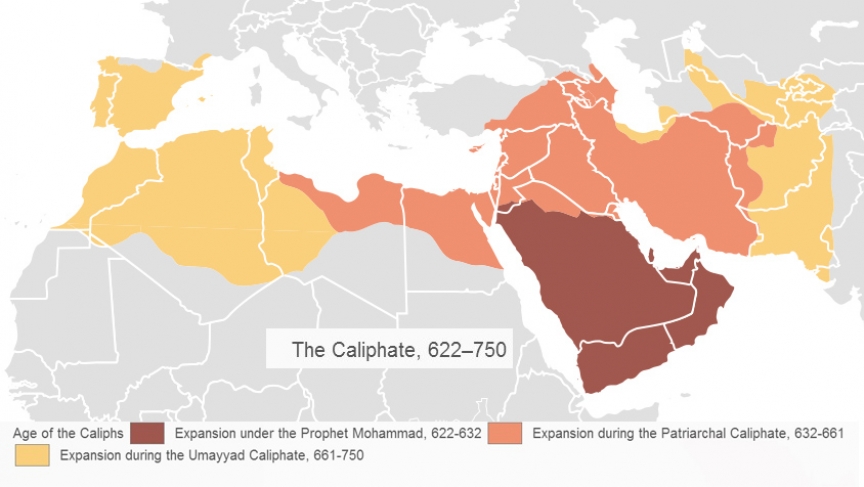 Sunni Muslim militants in Iraq and Syria proclaimed in June the re-establishment of an Islamic state, or caliphate. Their aim was to connect with a long and proud Muslim past.

The Muslim world was at its most powerful under caliphates centuries ago. But this latest version has sparked debate among Muslims, because the ISIS militants behind it are associated with atrocities and intolerance.

“[A caliphate] is not mandated in the Qu’ran,” says Tarek Masoud, an associate professor of public policy at Harvard’s Kennedy School of Government. “But there is obviously a precedent going back to early Islamic history. Remember, the Prophet Mohammed wasn’t just the messenger of God, he was also the temporal leader of the community of Muslims. And so when the Prophet Mohammed died, his best friend and son-in-law became the Caliph — the successor."

The early caliphs played a key role in the history of Islam. "There was a caliph, a leader of the entire Muslim community — somebody called the Commander of the Faithful — all the way down to 1924. So it’s something deeply embedded in the Muslim historical experience," says Masoud. Ever since the last caliphate was dissolved, “lots of Muslims have yearned to bring it back.”

But he says supporters of the new Islamic State in Iraq and Syria are not simply religious devotees; they're looking for power and preeminence, as well.

“If you were to inject these young men with sodium pentothal [truth serum] — these people who joined the Islamic State — and ask them what do you really want? What do you really want out of ISIS? They wouldn’t necessarily tell you about the application of Islamic law," Masoud argues.

"That might be part of it, but what they really want is to harken back to some imagined glorious period where the Muslim community was the number one political and military power on this planet, where the Muslim empire extended all the way from Spain to the other side of the world.“

Masoud says “that’s what they really look for, because they feel today, Muslims are weak [and] divided.”

But the new Islamic state, under the rule of militant leader Abu Bakr al-Baghdadi, is "absolutely not" the new caliphate for most Muslims, Masoud says. “We read about a lot of people joining ISIS, but it’s still a fringe group. In fact, even among radical Islamists who might be most hospitable to this idea of resurrecting the caliphate, there’s a huge amount of disagreement. ... I absolutely don’t think there’s any kind of consensus that this represents the caliphate.”