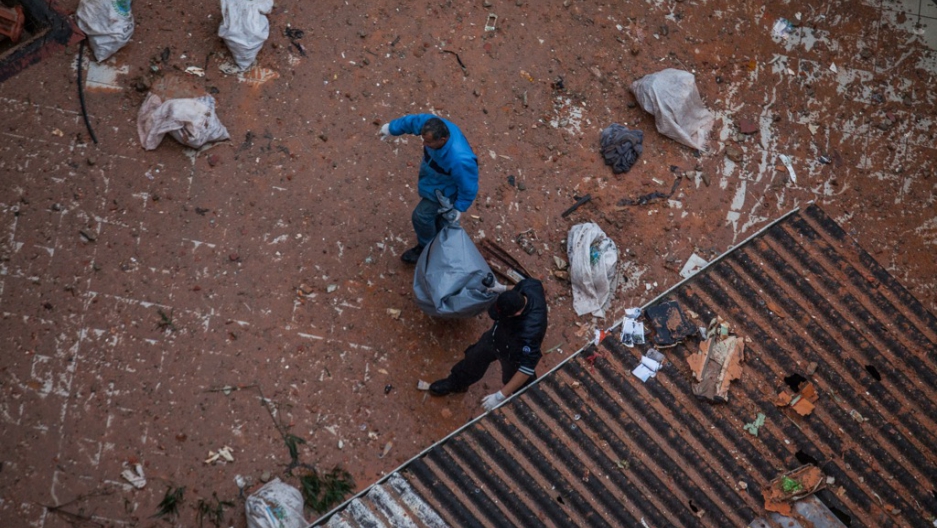 MONTEVIDEO, Uruguay — News spread quickly across Brazil Wednesday that presidential candidate Eduardo Campos had been killed along with six others in a private jet crash in the coastal city of Santos, just south of Sao Paulo.

As messages of condolence poured out from social media and news reports, a secondary, cold-analysis narrative began to unfurl: Campos’ death has thrown the upcoming Brazilian elections into disarray.

More from GlobalPost: Here's what Brazilians are saying about the candidate's fatal jet crash

Beyond the loss of a candidate who was trailing two opponents by a wide margin, there lies a more complicated story. It can be most simply explained by focusing on the following four numbers:

One key member of Campos’ team was not on the plane that went down in Santos: his running mate, Marina Silva.

Silva, a noted environmentalist from a working-class background, is a powerful political force in Brazil. Last year, she shook up the Brazilian presidential race by opting to run alongside Campos, creating what the Economist dubbed a “Power Couple.”

It’s fair to say that joining Campos’ Brazilian Socialist Party (PSB) was a second choice for Silva. She did so only after a high court ruled that the political party she was setting up, the Sustainability Network, had failed to garner the 492,000 signatures needed to register. Seeking a place on a ticket, she joined the PSB as Campos’ vice presidential nominee.

Why’s all this relevant? Read on.

Silva ran in Brazil’s 2010 presidential election. In the first round, she came in third and received almost 20 percent of the vote.

In 2013, when she joined Campos’ campaign, Silva was polling second only to President Dilma Rousseff. According to Brazilian pollsters DataFolha, in August 2013 Silva had 26 percent of support compared with Rousseff’s 35 percent.

Back to that 20: That’s how much support President Rousseff’s main opponent, Aecio Neves, currently has, according to DataFolha.

By contrast, Campos, who was a centrist, business-friendly candidate, has had polling numbers that have been rather lackluster.

He had the support of just 9 percent of voters in an August survey by another pollster, Ibope.

You can see where we’re going with this: Campos’ death opens the door for Silva to take over his presidential candidacy.

Paulo Sotero, director of the Brazil Institute at the Woodrow Wilson Center in Washington, DC, was badly shaken by the news of Campos’ death Wednesday. A friend of the late candidate, Sotero said it was probably too early to discuss what happens next for the Socialist Party. But he acknowledged that Silva is an obvious choice.

“Marina [Silva] received a very sizeable 19 million votes in 2010,” he said. “There will be enormous pressure [on her to run]; I don’t think the Socialist Party has an obvious replacement.”

Brazilians take in the news of Campos' death on Wednesday. (AFP/Getty Images)

Which brings us to 10: the number of days the PSB has to choose a replacement for Campos, according to the Folha de Sao Paulo newspaper.

By law, Silva can take Campos’ place even without a new caucus, the newspaper said.

“The choice of the new candidate can be made in a meeting by an absolute majority of the coalition parties,” Folha reported.

Correction: An earlier version of this article misquoted analyst Paulo Sotero in the number of votes Marina Silva had captured in 2010. The number has been corrected and we regret the error.