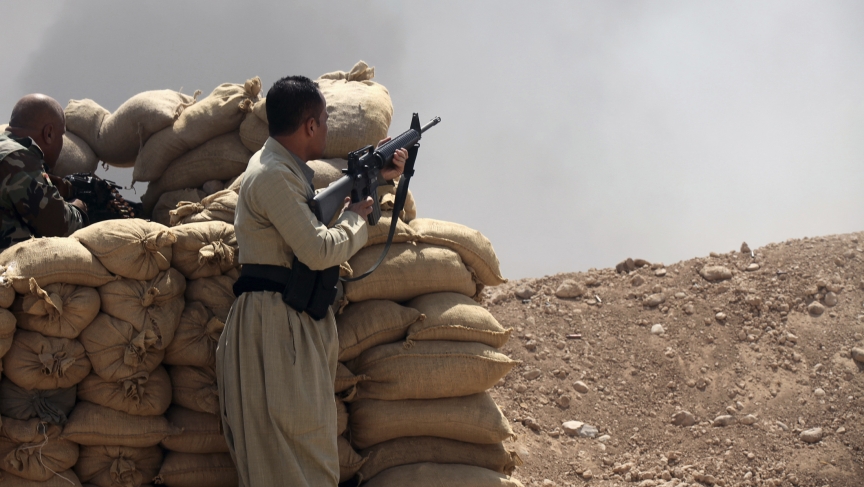 ISIS fighters got dangerously close last week to Irbil, the capital of the Kurdish autonomous region in Iraq. They were stopped by peshmerga, informal Kurdish militias, with support from American drones and fighter jets. But even that was enough to disrupt life in the city.

"When ISIS entered Iraq and went through Mosul, we never expected them to come that close to our city," says Bnyad Fuad, a 17-year-old high school student who lives in Irbil. Having ISIS nearby has changed life for him and his friends. "It made a lot of people panic."

But Irbil's young people, he says, are trying to maintain life as usual. "We go out normally, we go to cafes normally," Bnyad says. "But we are cautious."

Bnyad grew up under conditions many Iraqis would envy. Protected by a NATO-enforced "no-fly zone," Kurdistan enjoyed economic growth and was able to build a stable, multicultural society. But now, the military threat of ISIS combined with the leadership crisis in Baghdad has made Irbil's Kurds feel vulnerable.

"It's hard for us to cope with problems that are not rooted in our region," Bnyad says. "We try as much as we can to escape those problems that have been created by Iraq. For 15 years, we've been peaceful without any warfare experience.  We really want to keep it that way and the people are very committed to fight for their normal life to continue this way."

Bnyad says he and his friends have all thought about going out to fight for Kurdistan. "I would volunteer to be with the peshmerga," he says. "I would try to help them as much as I can — in my own way, as I wouldn't be very effective joining the fire fight. Maybe I will be more effective in propaganda, but I will definitely help them any way that I can."

Despite the troubles, many Iraqi Kurds remain confident about the future.

Journalist Ayub Nuri is one of those. Nuri used to work for PRI's The World in Baghdad and is now based in Toronto as the editor of Rudaw, the Kurdish news service.

“I was anxious for a time because of the rapid advance of the Islamic State forces," Nuri says. But the American decision to provide military support restored his confidence. The aid came in the form of air strikes and supplies of arms and ammunition, and 129 US Marines and Special Forces soldiers who arrived in Irbil on Wednesday. The troops are there to give the US more "options" for countering ISIS and providing humanitarian assistance.

Nuri says the American air strikes in Iraq last week “saved the Kurdish people from a nightmare: The advance of the Islamic State militants.” But he worries that the air strikes might also “kill the dream of Kurdish independence.” He's worried the international community may demand that the Kurds drop their hopes for an independent state as the price of assistance.