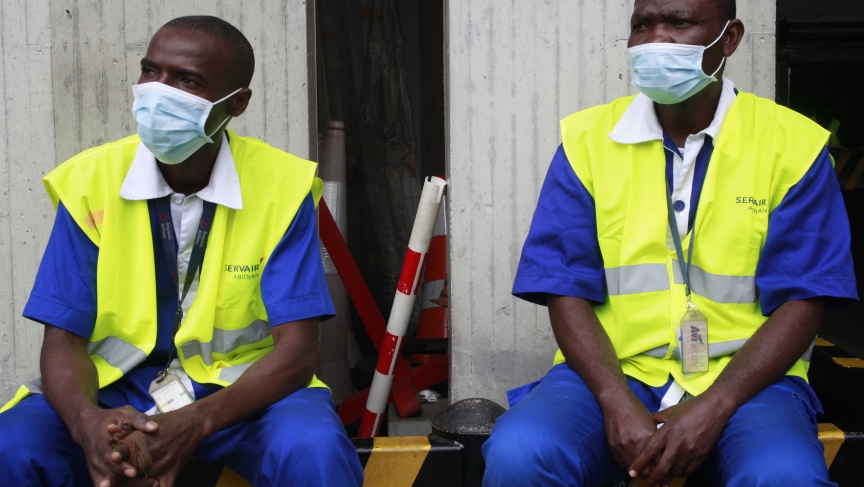 In Liberia, doctors have been in short supply for decades. When the country's most recent civil war ended in 2003, the country relied on about 50 doctors to care for the entire nation of more than 3 million people.

Since then, the ranks of Liberian doctors haven't increased much. And the lack of trained personnel has made combating the current outbreak of Ebola all the harder.

Dr. Roseda Marshall chairs the school of pediatrics at the country's only medical school, the University of Liberia's A.M. Dogliotti College of Medicine. Marshall is in Baltimore, Maryland, now, but she's on her way back to Liberia in September. First, she's trying to gather some items in short supply back home, including basics rubber gloves and infrared thermometers.

"You don't want to touch the patient because we know the bodily fluids are what carry the virus," Marshall says. "So we need infrared thermometers that you can stand away from the patient and still take his temperature and don't have to touch him."

Marshall says Ebola has taken an increasingly heavy toll on Liberian doctors and nurses. She describes an email she recently received from one Liberian doctor who had cared for a colleague who died of Ebola.

"Now he's also infected with the virus and is fighting for his life," Marshall says. "We thought he was out of danger because he had been in the quarantine practically for his 21 days, but then he tested positive and is now very sick."

Marshall worries about Ebola's longterm impact on Liberia's healthcare system and the willingness of young Liberians to study medicine in the future.

"We have to realize that these [health care workers] are at great risk, and so they must be compensated for what they are doing," she says.

She argues that the problems presented by the recent Ebola outbreak are not unique to the developing world, but plague all countries facing an epidemic.

"First of all there's panic, and then disbelief, and so during that period you're just wasting time," Marshall says. "The problem is not only with my country it's also with the international organizations. I think people should have come in much earlier."