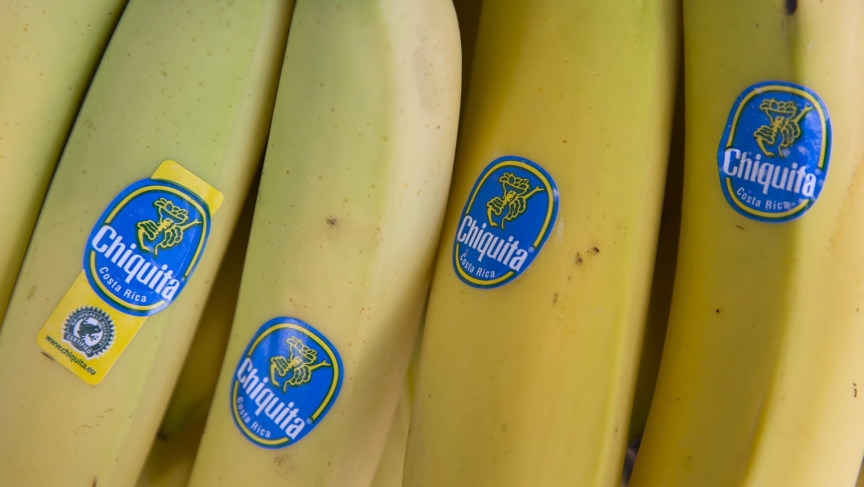 Five months ago, Chiquita announced that it was going to merge with Fyffes. The deal would have created the world's largest banana company, and Chiquita would get to avoid higher American taxes by moving its corporate headquarters to Ireland.

Insiders in the fresh produce industry liked the idea of a merger, according to Chris White, a journalist who has covered the fresh produce business for more than 25 years. "It's two companies that are, in many ways, quite similar, with the product portfolios both have," he said.

But while those insiders supported the idea, the markets didn't. Chiquita's share prices have dropped about 17 percent since the merger was announced in March.

Now, at the 11th hour, the Brazilian orange juice company Cutrale is making a bid to buy Chiquita instead. Cutrale teamed up with the investment bank Safra Group to make an offer worth $13 a share for all of Chiquita's stock — 29 percent higher than the stock traded on Friday.

"Cutrale is interested in Chiquita because it is interested in the brand," White says. The Brazilian company could use the Chiquita name and its famous blue-and-yellow Carmen Miranda logo to expand into other markets. "Chiquita could help the company diversify out of its almost total reliance on orange juice."

Before the Cutrale offer was announced, Chiquita and Fyffes shareholders were planning to consider their all-stock deal during a special meeting on September 17. Now they're going to have to work a little faster — Cultrale wants an answer by Friday.

Regardless of who ends up winning the banana bidding war, you probably won't see any big changes in the produce section at the supermarket. Whether it's produced by an Irish, American or Brazilian company, a banana is still a banana;.