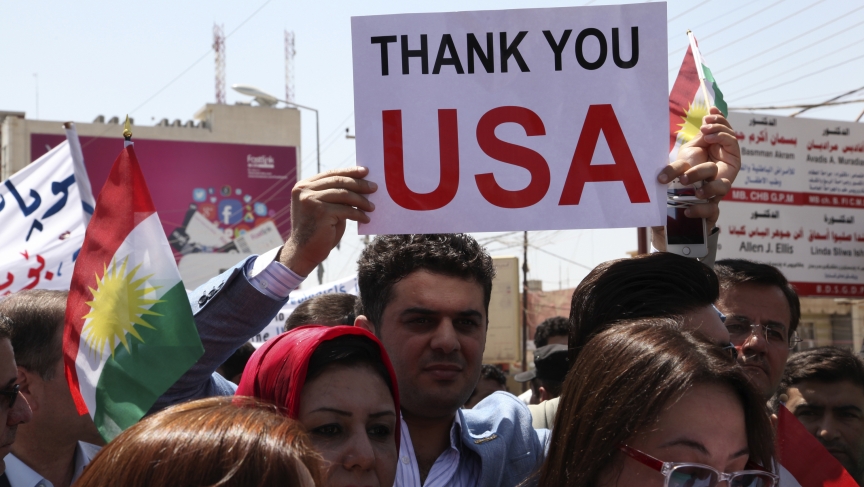 A Kurdish resident holds a signs during a demonstration in support of peshmerga troops in front of the US consulate in Erbil, Iraq.
Credit:

Iraq has a full-blown political crisis to add to its many woes.

On Monday, Iraqi President Fouad Masoum chose Haider al-Abadi as the country's new prime minister. It was a welcome decision for many people in both Iraq and the international community: Current Prime Minister Nouri al-Maliki has lost support in both arenas for his authoritarian and religiously divisive ruling style, particularly after losing large chunks of the country to an invasion by ISIS militants.

"They just couldn't stand Maliki's intransigence, his stubbornness, his tendency to micro-manage," says Matt Bradley, Baghdad correspondent for the Wall Street Journal. Both the current and would-be leaders come from the State of Law political bloc, many of whose members abandoned Maliki to support Abadi.

Abadi is thought to be a more "pragmatic, friendly, kinder character. But being prime minister in Iraq could change all that, so we really have to wait and see whether al-Abadi is as stubborn," Bradley says.

But it's still an open question if Abadi will even get to take office. The news went down predictably poorly with Maliki, who called the president's decision unconsititutional in a defiant speech on Monday. There is widespread concern in Baghdad that soldiers loyal to Maliki will resist the appointment of a new prime minister.

Speaking today from his vacation on Martha's Vineyard, President Barack Obama urged Iraqis to move forward with Abadi. "The new Iraqi leadership has a difficult task. It has to regain the confident of its citizens by governing inclusively, and by taking steps to demonstrate its resolve," Obama said. "The United States stands ready to support a government that supports the needs and grievances of all Iraqi people."
The political wrangling further complicates the Iraqi government's fight against ISIS, the Islamist militia that controls much of northern and western Iraq. The group has caused thousands of people from minority ethnic and religious groups to flee death or forced conversion to Sunni Islam. 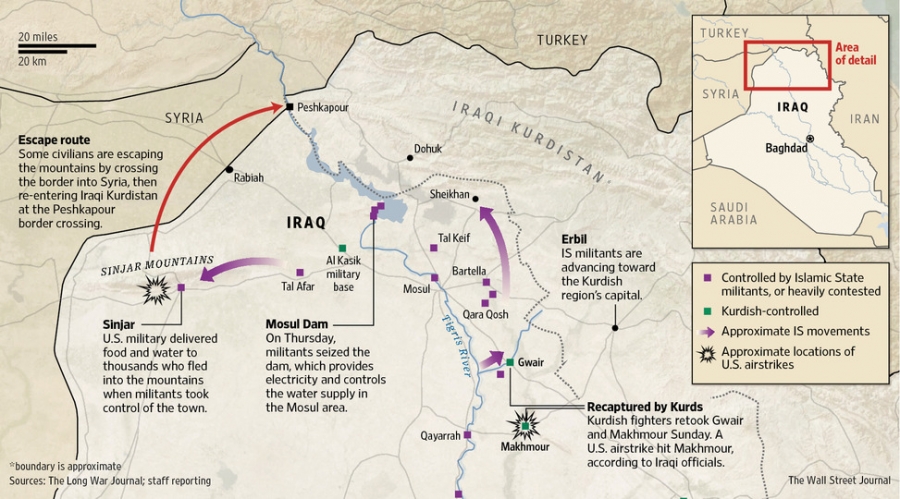 After resisting calls to intervene against ISIS in Syria, the United States has begun to take steps to aid the group's victims in Iraq. American planes have dropped food and water to thousands of members of the Yazidi sect who took refuge on a mountaintop in northern Iraq. President Obama also authorized airstrikes over the weekend to keep ISIS fighters away from the mountain. Some Yazidis were rescued from Mount Sinjar by helicopter on Monday.

The United States also began sending a "trickle" of weapons to Kurdish peshmerga fighters, a reversal of previous pledges that the US would only army the Iraqi military. Giving weapons to the peshmerga, says Bradley, is a dangerous and sensitive step for the Obama administration.

"Dealing with the Kurds is a good idea because, first of all, they're ... closest to the fight," he says. The peshmerga are also the most effective anti-ISIS fighting force in Iraq, so providing them with weapons "is probably the best bet in reclaiming some of the lost ground that the Islamic State has managed to take from the Iraqi territory over the last two months."

But Bradley also warns that, "helping the Kurds to fight off, President Obama could be undermining Iraqi unity. So it's a very narrow approach for how the Obama administration can deal with this."

American officials have repeatedly insisted that the US will not send American ground forces back into Iraq, one of Obama's re-election pledges. Bradley expects that promise to hold: "It’s not a very politically expedient move for President Obama to re-engage with boots on the ground in a crisis where we really don't have any friends.

But in doing so, the US opens up a new set of risks, Bradley says. The Kurds are America's "closest partners in Iraq and they're some of the most reliable soldiers ... but even helping them undermines the stability and the unity of this country."