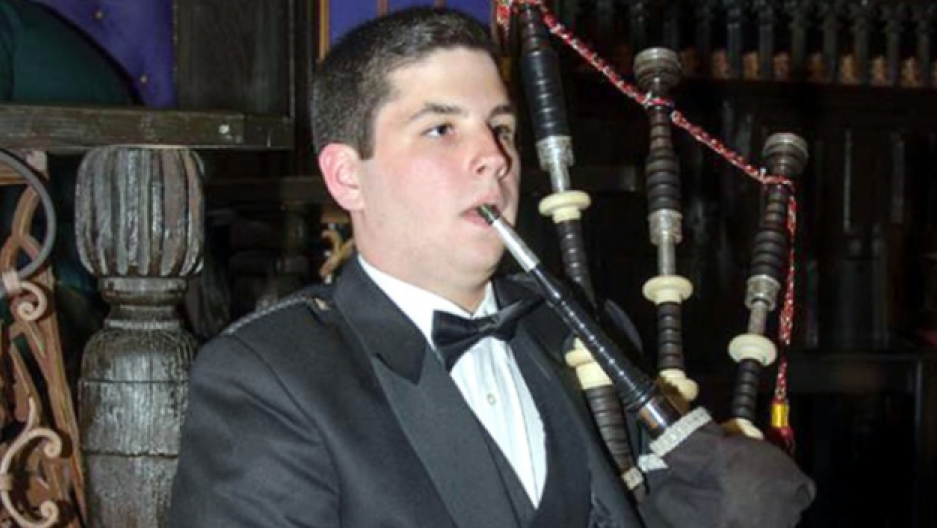 Campbell Webster, an 18-year-old bagpiper from New Hampshire, recently travelled north to Canada to a play at music festival there. On the trip back, US Customs agents gave him a rude surprise.

And just like that, his pipes were seized. According to CITES — the Convention on International Trade in Endangered Species — US Customs can seize any musical instrument containing ivory and made after 1976.

But that wasn't the case with Webster's pipes. "My bagpipes were made in 1936," he says. "That's when the ivory was cut down to form the mount on the pipe and that's when it was fitted on the bagpipe itself. So there was nothing wrong with the bagpipe."

He even had documentation to prove all of that, but it didn't matter. It took appeals by Webster's mother and a New Hampshire congressman — plus payment of a $576 fee to the US Fish and Wildlife service — before he finally got them back.

And just in time — Webster was travelling to Glasgow, Scotland, to compete in the World Pipe Band Championships.

Bagpiping isn't just a hobby for Webster. He's following the example set by his Scottish father, Pipe Major Gordon Webster of the British Army, who served as the sovereign piper to Queen Elizabeth II.

“I'm following in his footsteps by keeping the tradition alive and playing his bagpipes," Webster says. "He spent 25 years in the British Army. He was the only pipe major to be in charge of the First and Second Batallion of the Scots Guards and then he was picked to be the Queen’s piper, Queen Elizabeth’s piper. It was definitely the ultimate piper job in the world.”

Thanks mainly to his father's piping career, Webster says almost everybody knows him at the competition in Glasgow. But his father’s health recently began going downhill, so he’s been inspired to compete in his dad's honor. “I’m just trying to honor him and his bagpipes that I’m playing, kind of thinking of him every time I play," he says.

Webster's tussle with customs is over, but musicians who travel abroad with instruments that contain ornamental ivory could continue to encounter hassles. A US Fish and Wildlife Service spokesperson laid out for Associated Press the necessary steps to avoid problems:

"To take bagpipes with elephant ivory out of the US and back, musicians need to obtain a CITES document from the US Fish and Wildlife Service and leave and return to the country via one of our 38 designated ports. Musicians should contact the port 48 hours in advance to arrange to declare their instrument and obtain Service clearance on departure or arrival. They should also check with the country they're visiting to see if that nation has any requirements of its own. If musicians want to travel internationally from other US airports or across land borders, they must also apply for a designated port exception permit and pay inspection fees."