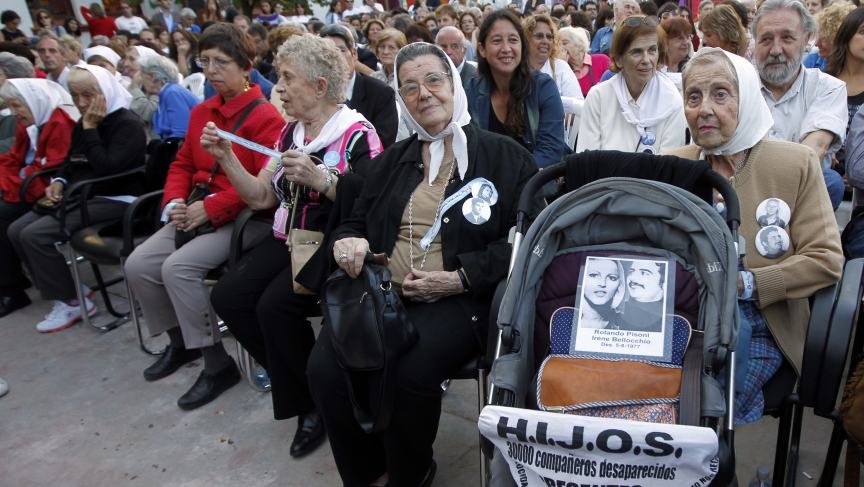 In 1984, geneticist Dr. Mary-Claire King began working with the Grandmothers of the Plaza de Mayo, an organization that searches for the hundreds of babies stolen by Argentina’s military dictatorship during the country’s "Dirty War."

“The grandmothers came to me through friends of friends,” says King, now a professor of genetics and medicine at the University of Washington in Seattle. “I’m the age of their daughters who were being kidnapped and murdered, and my daughter is the age of their missing grandchildren, so both for scientific and personal reasons, it seemed like a perfect match.”

King and her lab began developing ground-breaking technologies, largely on behalf of the grandmothers, that used dental genetics to identify the missing people in Argentina. The stolen children were born to political dissidents who were persecuted and then “disappeared” under the military junta that ruled Argentina in the 1970s.

“The grandmothers had splendid circumstantial evidence that stolen children were appearing in different parts of the country,” King says. “What they needed to know was not simply who a child was not — that is, that the child was not in fact the biological child of the people who were pretending that it was their child — but in fact who a child was.”

For that purpose, Dr. King and her team needed to come up with a new genetic approach to the issue. They developed a novel technique that uses mitochondrial DNA.

“Mitochondrial DNA is a very special molecule,” Dr. King explains. “It’s DNA, it’s present in every cell, but it’s inherited only from mothers. It’s different from all the rest of the DNA which, of course, we share with both parents.”

The other “great virtue" of mitochondrial DNA, as Dr. King puts it, is that “there’s a bit of it that is highly variable, the most highly variable bit of DNA in the entire genome.

”We were able to exploit these two splendid features of mitochondrial DNA very, very early on in the days of DNA sequencing,” Dr. King says, “in order to develop an approach for the [grandmothers] that would allow them to match individual children with women who might be their maternal grandmothers, or their purely maternal relatives.”

The Grandmothers of the Plaza de Mayo, or Abuelas, welcomed this newly developed technique. “The grandmothers like to say that this proves that God is a woman because she put mitochondrial DNA on earth specifically for the use of the Abuelas,” says King.

For the three decades that King has worked with the Grandmothers of the Plaza de Mayo, the organization’s leader — Estelle de Carlotto — has been searching for her grandson. Just this week, de Carlotto was finally reunited with him.

“Oh, I’m just on cloud nine,” King says. “I was absolutely sure that if her grandson had survived and was still in the country, she would eventually find him. And he found her.”