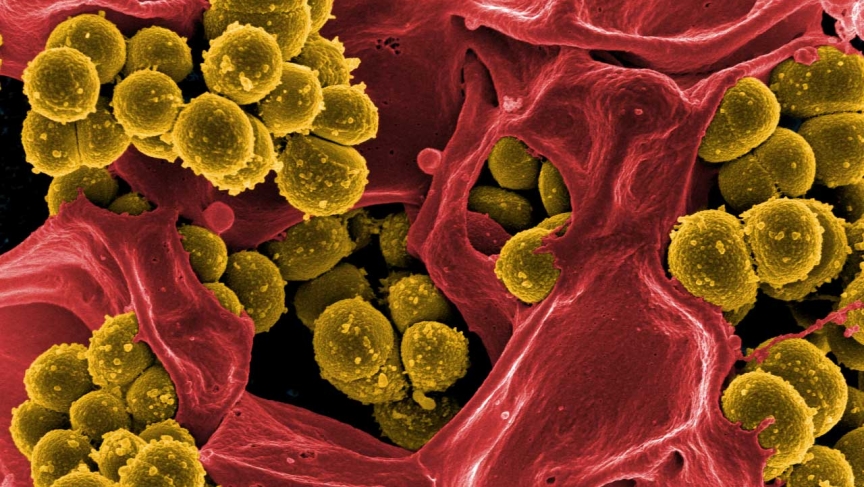 The emergence of diseases resistanct to antibiotics is a growing and alarming global problem, but a new court decision means that American agriculture may keep contributing to the spread of resistance.

The Food and Drug Administration has been working to regulate antibiotic use in animals since 1977, but it has never issued rules governing these practices. In 2011, groups including the Center for Science in the Public Interest, the Union of Concerned Scientists and the National Resources Defense Council sued the FDA seeking to force the creation of such rules.

The group won the case in federal district court, but the FDA appealed and began working with farming and pharmaceutical interests to reach voluntary agreements on antibiotic use in animals. Last month, a federal appeals court reversed the lower court's order and ruled that the voluntary process was the correct path.

In the US, infections from "superbugs" like MRSA, or resistant strains of other bacteria like E. coli, account for at least 23,000 deaths and more than two million illnesses each year in the US. Many of those bugs have become resistant from overuse and misuse by humans. But vast amounts of antibiotics are also given indiscriminately to farm animals to promote growth and prevent disease, helping stoke the problem.

Avinash Kar, an attorney with the Natural Resources Defense Council, says the court ignored that risk in its decision.

“The court did not dispute the scientific evidence that use of antibiotics in animal feed poses a risk for human health,” Kar says. “What it did decide was that, having concluded that there are risks to human health for such use, the FDA need not take further steps to stop [it] and can move ahead with voluntary approaches — or no action at all if it so wishes.”

The ruling allows the use of small amounts of antibiotics in the feed of large numbers of animals to compensate for the dangers posed by unhealthy living conditions — which leads to the same consequences in terms of antibiotic resistance.

“We don’t add antibiotics to the cereal of children every morning to make sure they don’t get sick in daycare,” Kar points out. “We treat them when they get sick, and we should be doing the same thing in the animal sector. ... We need to preserve these medicines and preserve their effectiveness for when we really need them.”

But there is still debate within the scientific community about whether antibiotic resistance in animals poses a significant threat to public health, and some believe the FDA’s voluntary approach is an important step forward.

“The [FDA] guidance for the industry ... stated that the use of growth promotion from antibiotics would no longer be allowed in the United States,” says Dr. David Wolfgang, a veterinarian who teaches at Penn State’s College of Agricultural Sciences. “Antibiotic use will be overseen by veterinarians; there will have to be a diagnosis, or at least a tentative diagnosis, of the condition in the animals that requires the use of antibiotics.”

In addition, he says, “the Centers for Disease Control [and] a number of agencies within the United States have said that the major driver for antibiotic resistance in people is not in animal agriculture.”

“If you look at the antibiotic use in the United States,” he continues, “most of the resistance issues are associated with people with chronic conditions — nursing homes, ICUs, places like that where very, very sick people get some really nasty bacteria that have some significant resistance. We don’t see those types of bacteria in our animals.”

The groups that sued the FDA are unmoved by Wolfgang's argument. The Union of Concerned Scientists says that “While the links between animal agriculture and human disease are complicated and in need of additional study, evidence is strong enough for scientists and public health organizations to call for reduced use of antibiotics in agriculture.”

The NRDC has declined to say whether or not it will file further appeals of the recent court decision. There is also speculation about attempts to work out a settlement behind closed doors. For now, the public can only wait and watch.