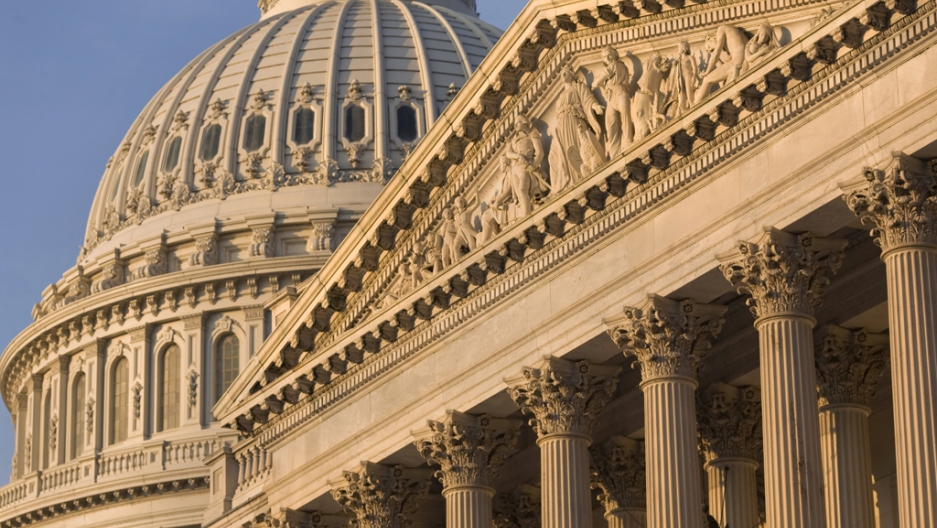 Sunrise at the US Capitol.
Credit: Chris Maddaloni
Share

The Middle East is a mess. Child refugees are lining up at the US border. Terrorists are taking over Iraq. Afghanistan could be next. Libya. Ukraine. Ebola. Our government, meanwhile, remains in a fiscal crisis.

Well, too bad. Because it's summertime! The least-productive Congress in history is about to go on a not-even-remotely-deserved month-long vacation, and they're skipping town without addressing a whole lot of very serious issues, domestic and foreign.

Really, about the only things they could agree on were giving more money to Israel, which is on its 25th day of pummeling Gaza into oblivion, and suing President Barack Obama for reasons that are hard to imagine.

Congress did pass a massive bill overhauling the US veteran health care system, but only after reports of veterans actually dying while they wait for treatment. Americans were shocked and pissed off. Congress needed an emergency Band-Aid. For this Congress it was nothing short of a tremendous accomplishment.

Here's some of the major issues it failed to get to before the summer holiday. How much do we pay these guys?

It looked like all was lost when it came to more funding for America's best friend in the Middle East. But if there's one thing the US Congress can always rally behind, it's giving money to Israel. So despite some earlier wavering, the Senate ultimately approved $225 million to help bolster Israel's Iron Dome missile defense system.

Late Friday, it went to the House, and it was one of the few things that chamber could agree on.

Not so much for Iraq. Washington was stunned when the Islamic State, formerly known as ISIS or ISIL, began taking over large parts of the country. Baghdad falling to a global terrorist group is pretty much the opposite of why the United States first invaded Iraq. But that's what's coming unless someone intervenes.

While the Obama administration has shipped off a few "military advisers," the president has vowed not to put troops back on the ground in Iraq. And if Congress has a plan to restore order, it's not a clear one. The House did do manage to do something. It passed a resolution barring Obama from sending forces to Iraq for sustained combat without its approval.

But Obama's already pledged not to do that. And the Senate has no plans to take up the House resolution, so really it's a moot point. No other plan of action is now on the table. Yay Congress!

As for Ukraine, many US lawmakers have pointed at Russia as the probable source of the missile that brought down Malaysia Airlines Flight 17 in rebel-held territory. A Senate subcommittee considered a new sanctions bill against Russia, but nothing came of it and there are no other proposals in the works.

Libya is also descending into chaos at the moment. More than 150 people have been killed in the past two weeks as armed groups battle over who will get to fill the power vacuum left by the ouster and death of Muammar Gaddafi.

The US was quick to get involved in 2011, but is watching from afar this time around.

2. Child refugees at the US border

More than 90,000 children, most of them from Central America, are expected to cross the US border by the end of September. Most of the children are fleeing violence and war in their home countries.

Obama asked Congress for $3.7 billion to help federal agencies struggling to manage the influx of the refugees. But he didn't get it. Congress, in a not-very-shocking turn of events, couldn't agree on a short-term fix to the issue, let alone a long-term one. The Democrat-controlled Senate wanted to give Obama $2.7 billion, plus some funding for Israel and money to battle Western wildfires, but the GOP-controlled House thought that was too much.

House Republicans scraped together enough votes late Friday night to pass a $694 million border security bill, but it's almost certain to never become law. The Senate won't ever vote on it, and Obama has vowed to veto the plan if it ever makes it to his desk.

The House vote came after GOP leaders canceled a vote on the measure altogether Thursday amid in-fighting with tea party members.

Texas Gov. Rick Perry and other conservatives freaked out, and House leaders called lawmakers back from the airport (literally) and pieced together the DOA legislation passed Friday.

There's a huge partisan rift on this issue. And with a split Congress, it's hard to see any major immigration reform happening by the end of the year.

3. The American highway system is terrible and desperately needs fixing, sooner than later

While Congress did manage to pass a short-term fix to keep the nation's highway trust fund from running out of money, the $11 billion will only last so long.

Money is expected to get low again by May, and lawmakers are nowhere near taking up Obama's long-term transportation plan, which would increase highway and transit funding to the tune of $302 billion.

The nation's roads and bridges are a mess. They were given a D+ by the American Society of Civil Engineers last year, and they're only getting worse as Congress dawdles. If US media covered the United States the way it did other nations, it would already be calling it a "developing country."

4. The government could shutdown again in October unless Congress gets its act together

Remember this scene last October, when the federal government actually shut down for several days?

It could happen again if Congress doesn't hammer out a deal on overall government funding by the end of September. The House has passed about half of the funding bills for various government agencies, but the Senate hasn't voted on a single one yet.

House Speaker John Boehner has said he expects the House to extend current funding levels through sometime in December. But there's no long-term deal in the works.

So, in other words, another punt until the next crisis.