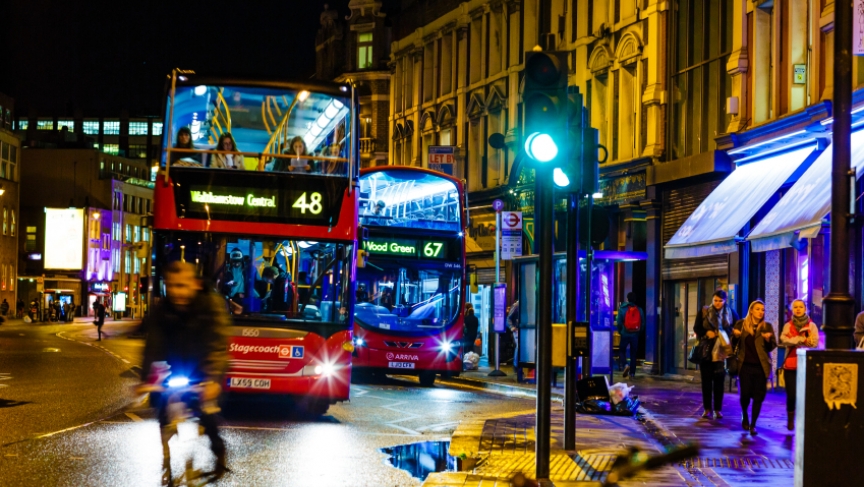 That’s what London mayor Boris Johnson told the press on Thursday as he launched a new anti-crime program. "I pledged to tackle this booze culture by making the case to Government for new powers to allow mandatory alcohol testing as an additional enforcement option for the courts," he said.

The mayor introduced an American-inspired program, giving judges the power to sentence people who are convicted of alcohol-related offenses to wear a sobriety ankle bracelet that senses and reports alcohol use.

Binge-drinking and alcohol-related crimes are estimated to cost the UK as much as $20 billion every year.

And 40 percent of all accident and emergency calls are related to alcohol misuse.

Steve O'Connell, a member of London's General Assembly, offered to test the device. He wore it for two days and imbibed beer during that period.

O’Connell removed the ankle bracelet at the Mayor’s press conference to show that it had detected his alcohol consumption.

New tag scheme to crack down on binge drinkers launched today – joined by @SteveO_Connell who tested the demo kit pic.twitter.com/yq67mmHmkZ

He said that the device was not particularly comfortable.

“Every 30 minutes it takes a measure of your sweat. And it sort of buzzes and vibrates every 30 minutes ... and [me] being a light sleeper it buzzes away in the night.”

If any trace of booze is found, an alert will be sent to the offender's probation officer and they can then be hauled before the court. The project is being tested in four London boroughs: Croydon, Lambeth, Southwark and Sutton.

“The four boroughs have really vibrant town centers, which sometimes comes with problems, so we thought those four boroughs would be the ideal place to start," O'Connell said.

Officials anticipate that up to 150 offenders will be fitted with the ankle monitor during the 12-month trial period.