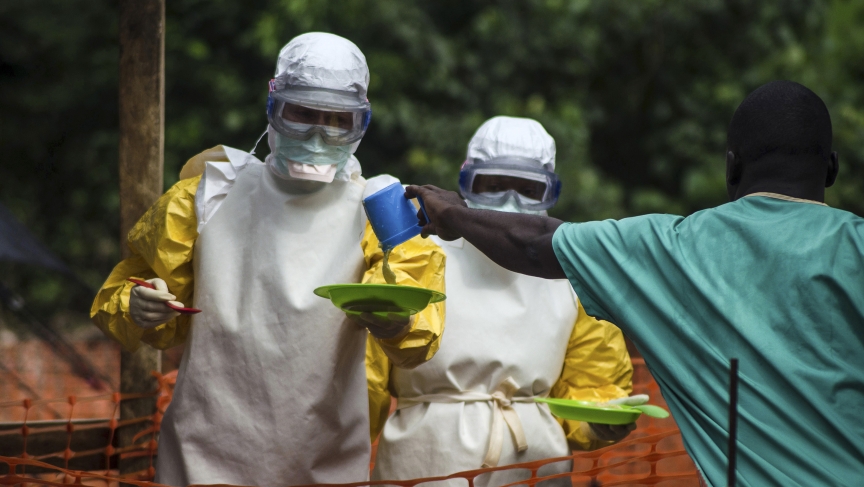 The Ebola crisis has so overwhelmed Liberia's hospitals that some patients are being treated in their homes.

"We do need all of the help we can get," says the country's Information Minister Lewis Brown. "We need hands, we need expertise, we need equipment, and yes we need money."

Ebola's toll is growing. The highly contagious virus has taken more than 670 lives in Liberia, Guinea and Sierra Leone since March. And authorities say the worst is yet to come.  Dozens of local health workers in Liberia, including the country's top Ebola doctor, have died treating patients.

"We need counseling," Brown says. "Some of our health care workers are frightened. You can understand that not only is this unprecedented, we simply never had this kind of attack on our way of life before."

The worst Ebola outbreak in the history of the disease has so overwhelmed Liberia that one isolation unit for victims in Monrovia is turning patients away. Twenty of the newest patients are being treated by medical professionals in their homes.

"This virus has reached ... urban and very populated areas,"  Brown notes. "That's why we've had to take some very tough and difficult measures, and will not hesitate to continue those measures."

Brown says Liberians are reacting negatively to some controversial measures, like calling a halt to traditional funeral practices.

"We do not expect that suddenly people would change those behaviors, but change they must," he adds. "That is why we're even considering measures including cremation."

Misinformation about the sources of Ebola and how it spreads persists.  Some Liberians are so frightened that they have protested the construction of new isolation units. In what is perhaps the most controversial move, Liberia is putting some communities under quarantine.

He argues that isolating victims is a hard reality that Liberians must accept.

"Even if we have to protect loved ones from loves, that has to be a duty we have to do," Brown argues.

He describes the spread of the virus as akin to the recent brutal wars that ravaged Liberia for more than a decade.

"People are seeing people die, and what is worse is that your loved one gets ill, and you cannot touch," he says. "In the war ... at least  you knew where to run, you knew probably where to hide. But now you're running even from people you love."