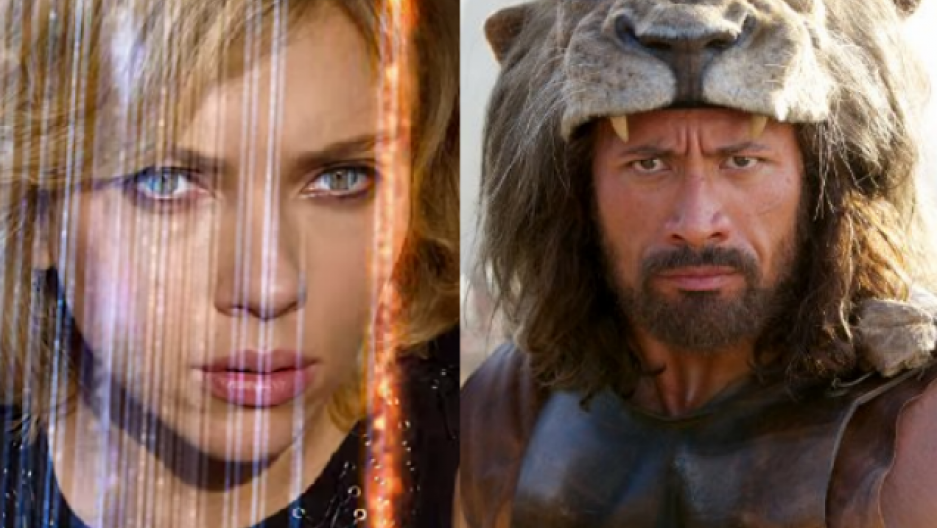 Lucyisn't the female superhero Hollywood deserves, but she's the one it needs. For years, critics,bloggers, and public radio hostshave lamented the lack of female superheroes in the theaters every summer. We had Lara Croftin 2001 and Elektrain 2005, but it's been a whole lot of testosterone since. That is until Scarlett Johansson unintentionally took a bunch of drugs, started using more of her brain, and beat up The Rock this weekend.

Lucyhas a lot going for it. In addition to starringJohansson (who has experience with weaponsinThe AvengersandCaptain America: The Winter Soldier), Lucy has an original story with an easily-digestible premise, and is directed by an action movie visionary. (Besson recently helped make theTakenandTransporter movies; he also directedThe Fifth Element and Leon: The Professional.)Lucy landed in a summer dominated by strong women in big movies, including Angelina Jolie in Maleficent and Shailene Woodley in The Fault in Our Stars. HelpingLucy's cause isHercules itself, which a hasa lot of fansupset about aperceived bait and switch in its plot.

Now all the studios have to dois change course. Together with theHunger Games and Divergent, the early success of Lucy suggests we should be seeing more big studioefforts starring women. If Hollywood has to take the superhero route (and we know they do), how's about adecentCatwomanwith Anne Hathaway? Or maybe letting Scarlett finally take the spotlight with a Black Widow movie, instead of sharing billing withIron ManandCaptain America? One thing's for sure: if Hollywood keeps failing the Bechdel testand expecting us to care, a lot of fans are going to be, well, let's allowthe real Hercules to have the last word: