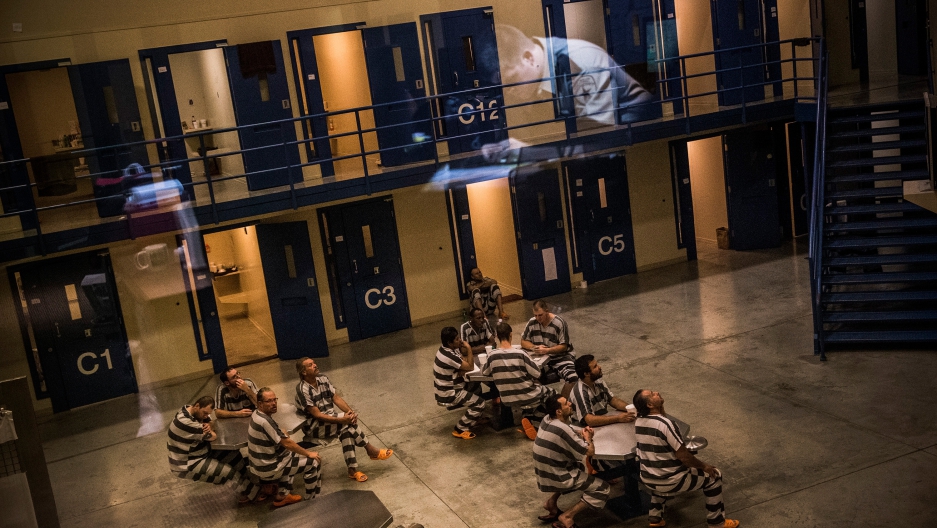 NEW DELHI, India — In 2010, the Nebraska Department of Correctional Services sent an email to a small, unknown, Indian pharmaceutical company in Mumbai, Kayem Pharmaceuticals. Navneet Verma, 54, the company's owner, was overjoyed: “I was happy to have the opportunity to do business with the United States,” he recalls.

The department in Nebraska was looking for sodium thiopental — an anesthetic — considered one of the world's "essential drugs" by the World Health Organization.

At the time Verma’s company was already supplying sodium thiopental to Angola, and the offer from the Nebraska Department of Correctional Services (NDCS) was an opportunity to boost revenue.

“I offered the drug to the Nebraska prison at approximately $2 a vial," he says. "It was profitable for me as I was spending less than a dollar to manufacture it. I knew it was going to a prison but I did not know why.”

What Verma was unaware of was that sodium thiopental was the top choice among three drugs commonly used in lethal injections for death row prisoners in the United States. The NDCS commissioned 500 vials of the drug from Verma's company.

Lethal injections have become the execution method of choice since 1977, when the Oklahoma legislature first adopted this approach, according to an article in the Georgetown Law Journal by Deborah W. Denno, an expert on the death penalty and a law professor at Fordham University in New York.

Currently, of the 32 states with the death penalty on their books in mid-2014, 21 use lethal injection as their sole method of execution. (The number of states that actually deploy the death penalty is lower, having decreased from 20 to six in the past 15 years.)

States have discretion on how they execute, and where they source the drugs. US drug manufacturers have stopped making sodium thiopental, and the EU has banned its export to the US to prevent its use in executions.

Verma says he was shocked to learn how his company's drug was being used. In early 2011, the director of a British-based anti-capital punishment group called Reprieve, Clive Stafford Smith, wrote him and accused him of supplying drugs “sufficient under the Nebraska protocols to cause the deaths of at least 166 human beings.”*

He says the group threatened to destroy Kayem Pharmaceuticals.

And so he began questioning doing business with the US.

When the Department of Correctional Services in South Dakota got in touch with him in January 2012, he upped the drug's price, thinking that the department would simply decline.

“I told them they can have it at $20 a vial to dissuade them from buying the drug, so they would find another supplier,” said Verma.  Surprisingly, they accepted his offer, and wired the payment right away.

Confronted with a huge profit opportunity and not wanting to reverse his offer, he relented, sending 500 vials to South Dakota. (It turns out that the state was later barred from using the 2012 shipment, due to an unrelated US court decision pertaining to imported pharmaceuticals. It could potentially import the drug again, with FDA approval.)

After that, he decided to stop sending the drug to the US — a move that has made it more difficult to carry out executions.

States have been forced to change their protocols, and are turning to "compounders" — pharmacies that create "cocktails" of drugs, made to order, that experts say pose risks of extreme suffering to prisoners being executed. Compounders are only lightly regulated by the FDA. In Arizona this month, death row inmate Josh Wood gasped more than 600 times in an execution that lasted nearly two hours, according to his lawyers — violating protections against cruel and unusual punishment, they alleged.

“For the last four or five years, departments of corrections have had trouble getting lethal injection drugs and it has forced them to change their lethal injection protocols," says Denno. "It has caused a lot of problems because many [alternative] lethal injections protocols are based simply on using drugs that are available. They try to use new kinds of drugs and experiment with them — it greatly increases the risk that they could harm someone.”

In October 2012, South Dakota carried out its first two executions in five years, using single-drug protocol with pentobarbital it obtained from a compound pharmacy — as it was unable to get sodium thiopental from Verma or other suppliers.

Verma accuses corrections authorities of hiding how they used his drug. “Obviously I don’t want to be an accessory to state sponsored killing," he says. "I am a staunch Hindu and as such believe in the philosophy of karma — what goes around comes around.”

Maya Foa, strategic director of the death penalty team at Reprieve in London, says that in many cases, departments of corrections lie to Indian companies about the use of these drugs. Others agree.

“Secrecy has prevailed so far,” says Richard Dieter, executive director of the Death Penalty Information Center in Washington, DC.  “Payments are in cash rather than anything that could be traced like a check or credit card — who’s buying the drugs, it is not exactly clear or traceable.”

The secrecy has to stop, says Verma, who adds that the experience has taught him to look more carefully at whom he is supplying and what they are doing with his product.

“I was excited by the idea of being the sole supplier of the drug to the US, and did not realize how disastrous my actions were,” Verma says. "Anyway, it's not like the process of making sodium thiopental is rocket science — it’s the easiest drug to make. But I realized later that US companies had stopped manufacturing it because it was being used in lethal injections."

“I had to make a choice between losing business or losing my conscience," he adds. "I chose the former.”

Luigi Serenelli contributed to this report.

* Editor’s note: This article originally stated that Reprieve Director Clive Stafford Smith’s letter accused Verma of being “an accessory to the death of prisoners in the US.” It has been corrected to state that Smith accused him supplying drugs “sufficient under the Nebraska protocols to cause the deaths of at least 166 human beings.”