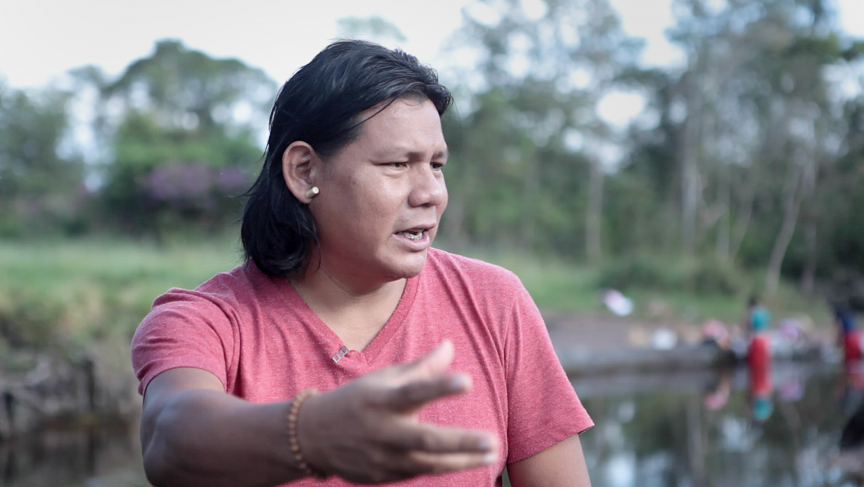 Xavante indigenous activist Hiparidi Toptiro has been fighting to keep his tribe's protected forests, in Mato Grosso state, safe from farmers looking to expand their soy fields. Toptiro has bullet scars testifying to the dangers of sticking up for the environment in Brazil.
Credit:

908. That’s the number of environmental and land-reform activists assassinated worldwide between 2003 and 2013, according to a study by the NGO Global Witness. The number might shock you, but perhaps even more shocking is that nearly half of those murders — 448 — took place in one country: Brazil.

What is it that makes Brazil the most dangerous place in the world to be an activist?

You’ll find clues in the story of Guarabana Bay. The bay, just minutes from downtown Rio’s world famous beaches, is a study in pollution and filth. Dark sludge cakes the shoreline. Garbage floats everywhere. It’s so bad that some sailors set to compete here in the 2016 Summer Olympics are warning colleagues not to let this water touch their skin.

The sailors' worries do not surprise local fisherman Sandy Anderson de Souza. He said he was out in his boat in 2001 when Brazil’s state-run oil giant Petrobas accidentally dumped 1.3 million tons of oil into the waterway.

“There was so much oil it looked like there was no water at all,” he said during a recent tour of the coastline. “A year later we noticed that many species of fish were disappearing and we started to catalogue this. There are 46 species of fish and shrimp that are no longer here.” 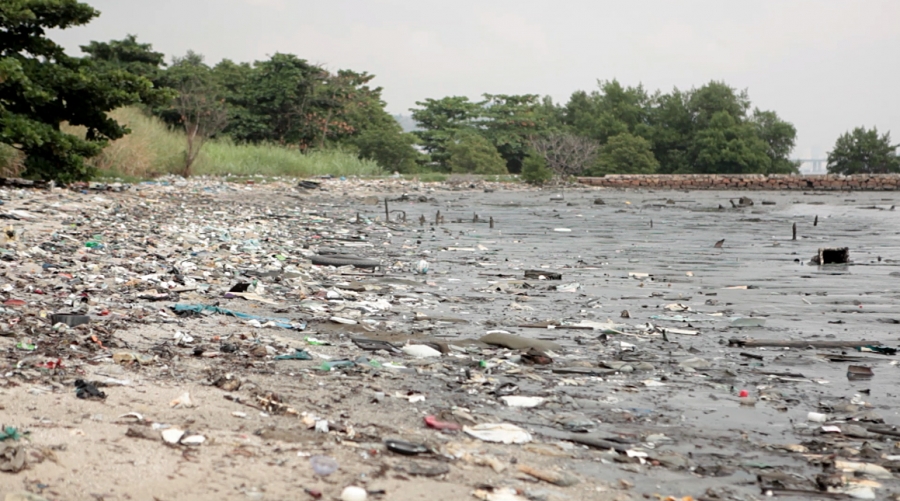 The shoreline along Guarabana Bay, near Rio de Janeiro, is littered with debris and trash. The water in the bay itself is murky brown due to oils spills and other pollutants, activists say.
Credit:

That incident and several others, Anderson said, led him to tie up his boat to begin campaigning to save the bay.

“Think about it,” he said. “If you put one drop of oil in a glass of water you can’t drink it. Imagine what those millions of liters did to the bay.”

“Before we knew it, four of our leaders had been killed,” he said.

Anderson lifts his shirt to show two scars he said were caused by bullets meant to silence him as well. He blames armed security groups working for Petrobas — a claim the company denies.

What’s clear is that someone powerful wanted Anderson dead. They may still. This is why the Brazilian government has put him in a special “activist protection progam.” In other words, they’ve hidden him away.

For a few years now, Anderson, his wife and their children have been laying low in a nondescript apartment whose address they keep secret. They rarely go outside, out of fear. 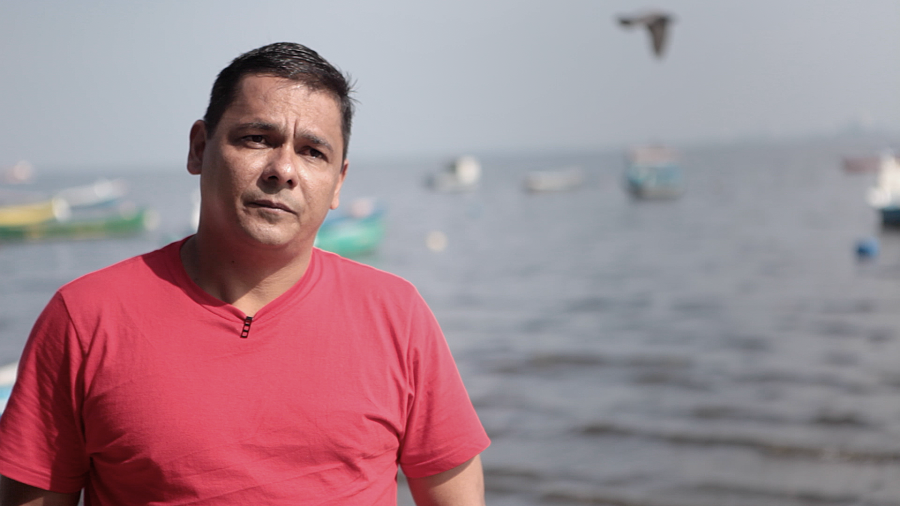 “Brazil is a huge country,” Dias said, “and there are conflicts all over the place. There are not enough resources to safeguard human rights.”

In the case of urban activists, he said, there is an additional theat: armed groups known as militias.

“They are often police or ex-police,” he said, “who use their public security training to go after activists.”

The danger isn’t just found in cities. More than a thousand miles away, in the tropical savannah that precedes the Amazon rainforest, a small indigenous tribe called the Xavante is also under threat. From soybeans. Their reserve is literally surrounded by huge plantations of it. Xavante activist Hiparidi Toptiro said that, like Anderson, he’s been shot, trying to stop big agro-business from encroaching on his territory.

“It’s dangerous to talk to the international media,” he said. “On the one hand, it helps to get the word out, but it’s also a quicker path to your own death.

Journalist Fernando Molica said things won’t get safer for Brazilian activists until the long-standing links between money, power and security are broken. What makes Brazil particularly deadly, he said, are its vast. forested hinterlands, where the justice system is absent or easily corrupted. And where valuable natural resources are abundant.

“Any time you criticize economic interests, you become a watched person,” he said. “In the case of the Amazon, the police are often linked to the economic powers and the politicians. Politicians are often in the farmers' or loggers' pockets. It’s delicate.”

Which is what most worries Anderson, the activist fisherman, even as he hides in his safe house near Rio. He said the government recently took away his bodyguard, saying he was facing less danger. But he said he doesn’t buy that.

“I feel like at any minute I could open the door and be killed,” he said. “I know why the government recently took my guard away. We activists have stopped some new government oil projects here on the bay. Government projects.”

The same government, he emphasized, paying for his protection.