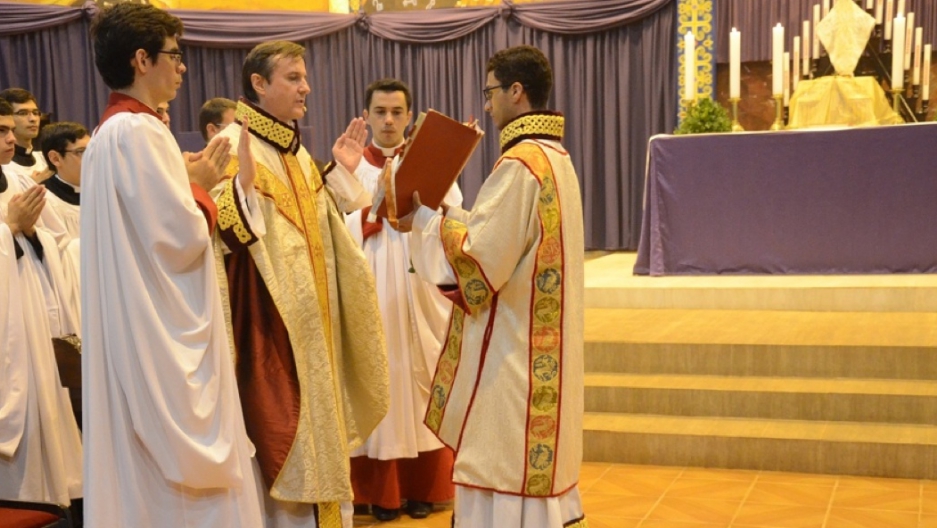 The Vatican has ordered a diocese in eastern Paraguay to dismiss a priest accused of sexually abusing young men in the United States and has restricted the powers of the bishop who hired him, according to local news reports.

The Ciudad del Este diocese’s reported firing of Argentine priest Carlos Urrutigoity followed a recent investigative report by GlobalPost into his rise to a powerful position in the South American city, despite a string of molestation allegations against him.

The reporting, and local media coverage that followed, unleashed a flood of controversy over the priest’s continued work in the church — where he’d been promoted to the No. 2 post of vicar general.

Urrutigoity has denied the allegations and was never criminally charged. But US activists have campaigned for him to be punished. That movement has gained fierce voices in Paraguay — and it appears to have gotten an answer from the pope.

In mid-July, Pope Francis sent a delegation to check up on the Ciudad del Este church, a visit that the city’s bishop said was unrelated to the scandal. Bishop Livieres has publicly defended Urrutigoity from what he claims is slanderous persecution.

But Francis’ delegates took action against the bishop, too.

“At the seminary of Ciudad del Este [the bishop] is going to be suspended for a time from ordaining priests or deacons,” Cardinal Santos Abril y Castello told a news conference Saturday, according to Agence France-Presse.

Javier Miranda, a former volunteer at the diocese who has led a campaign against Urrutigoity and Livieres, said he was delighted with the news that Urrutigoity has been removed.

He said he was waiting to see if the Vatican will take more action against the bishop.

“He has to go,” Miranda said of Livieres in a phone interview from Ciudad del Este. “He has lost his ministry … the church needs to find a way to solve all of these scandals.”

Some activists want to see tougher measures by the Vatican.

“Any time a predator is exposed or suspended, it’s positive,” said David Clohessy, director of the St. Louis-based Survivor's Network of those Abused by Priests, or SNAP. “But, the real issue is always the enablers. We think the pope needs to punish every high-ranking church official who had anything to do with father Carlos’ continued access to kids.”

That goes for the Ciudad del Este bishop, too, Clohessy added.

“Bishops who endanger kids should be fired, plain and simple,” he said.