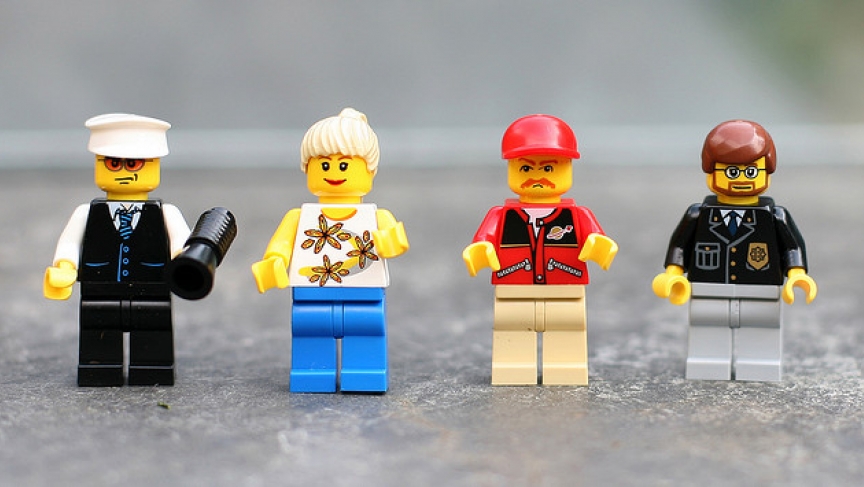 Lego's is devoting more time to developing stories around its bricks and brick sets.
Credit:

Legos, the popular children's toy and global business super power, has humble beginnings that belie its modern day reach around the globe.

The company started when a failed carpenter, Ole Kirk Kristiansen, who couldn’t get enough wood to make furniture, started using scraps of wood to make toys, back in 1932. Eventually, in 1947, he invested in an injection molding machine to make plastic toys. His decisions was controversial at the time: So controversial his two older sons quit the family business, believing that making plastic toys was the wrong direction to take the company in.

By 1949, Kristiansen's company had started making the basic, interlocking plastic brick that we recognize as legos today. They patented their design in 1958. But though the company is a titan today, there was a time not long ago when it teetered on the verge of irrelevance.

In the mid 1990s, they were challenged, like many other companies, by the virtual world. David Robertson, a Wharton professor and author of “Brick by Brick,” a story about the Lego business, says the company made key missteps during those early years of digital innovation.

Lego put pressure on its designers to focus on the "next great play experience" and it made them stray too far from what they did best. Through that tough period, though, they learned, almost by accident, that they didn't need to come up with a new, technologically-advanced toy. They had their company's future at-hand already.

It turned out that the most popular items during those tough years were Lego's Star Wars and Harry Potter sets — products that had stories attached to them. But those products were only really hits in years when accompanying movies came out, which left plenty of dry years in between.

During one of those dry years, 2003, Lego's story almost ended. The company teetered on the edge of bankruptcy.

But the company turned around by turning back to the core of its business: the brick. The company started to develop stories around more of its brick sets, and developed more partnerships. “You have to have some way of really grabbing attention and so Lego licenses Teenage Mutant Ninja Turtles, Lego Simpsons, and these other properties because they want to tell different stories around the brick,” Robertson says. “The Lego Movie is just the next evolution of that.”

Today, the company even produces sets based on ideas from fans. The Lego version of the Ghostbusters vehicle & the DeLorean time machine from Back to the Future are both examples.