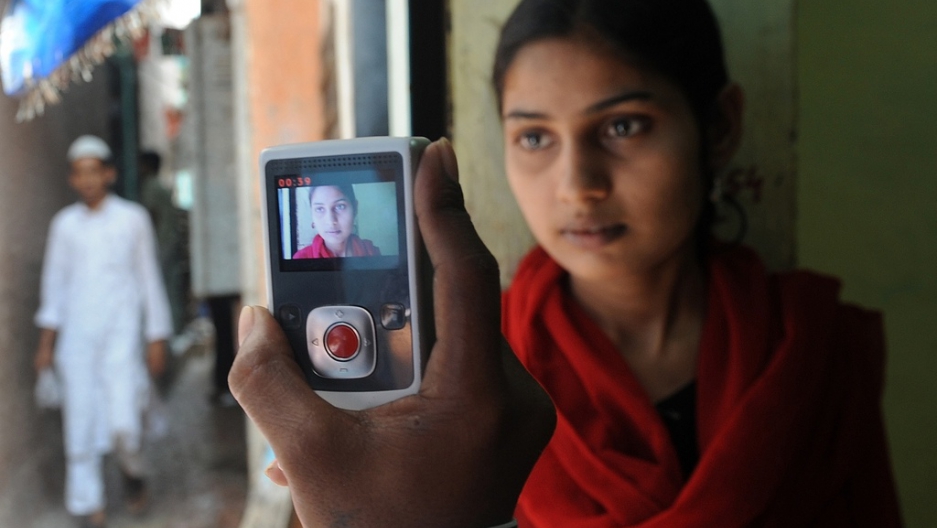 NEW DELHI, India — One talks about being beaten up. Another describes how people humiliate her. Many more speak about rape — a common danger facing women of India's lowest caste.

Meet the dalits, better known in the West as “untouchables” — an Indian caste so denigrated that they suffer explicit discrimination and abuse.

Now, they’re fighting back, taking to the internet to tell their stories.

Welcome to DalitCamera, the YouTube channel for untouchables. It’s one man's initiative to give a voice to the very bottom of Indian society, and to lift them up.

Bathan Ravichandran, 31, founded the project. He was the first dalit from his home region in the south Indian state of Tamil Nadu to go to college.

He says a milestone in his life was being beaten by 20 fellow students because of his caste.

He realized how ignored the problems facing his caste-members were, and decided to change that by recording their stories. Starting in 2011, he set off with a camera, and created a channel on YouTube to host the videos.

These days, the initiative has a team of 23 members, most of them volunteers, and four cameras. Working on a shoestring budget, Ravichandran’s crew of journalist-activists travels in buses tracking down stories that are neglected.

They often buy their own tickets, although sometimes a well-wisher offers to sponsor a story. The channel has steadily gained a dedicated audience. Encouraged by the response, Ravichandran hopes to expand the project into a live web channel.

Today, it boasts more than 75,000 videos, some of which have been viewed more than 100,000 times. Most videos are of low production and technical quality, but for Ravichandran, content is king.

“I was frustrated by the mainstream media’s coverage, or the lack of it, on dalit issues. Most commentators invited to television debates were high caste elites, and if at all a dalit was ever invited, he would get shouted down,” he says. “I started DalitCamera to record their views, as well as the views of oppressed dalit minorities.”

Dalits account for over 16.2 percent of India’s population, and have traditionally been associated with menial jobs like "manual scavenging" when workers remove human waste from toilets that don't have a flushing system. Despite affirmative action that sets aside slots for dalits at universities and in the government, they continue to face discrimination at the hands of upper-caste Indians, particularly in rural India.

In May, the rape and lynching of two teenage dalit girls in Uttar Pradesh underscored the issue of caste-based sexual violence in India yet again. They were found hanging — symbolic of their less-than-nothing status in society.

“If you look at it objectively, there is a sea of difference in the way Indian society reacts to the rape of a low caste woman compared to the rape of an upper caste woman," says Bojja Takaram, a dalit lawyer, in a 9-minute video posted on DalitCamera. "In the case of a dalit-class woman, rape is not seen as rape, it’s a usual event, a dalit woman’s body is there for the taking.”

This focus on sexual violence began after the brutal gang rape and murder of a 23-year old student in New Delhi in December 2012. In the months that followed, DalitCamera conducted a host of interviews with dalits across India about the routine sexual violence against low-caste women in India.

The entire country was up in arms against what was being described as “rape culture” but community activists felt the debate did not include dalit voices even when they are often the victims.

In 2012, more than 1,500 dalit women filed official rape complaints, a number that vastly underestimates the true amount because most don't get reported. Regardless, most went ignored by Indian media and the authorities, say activists.

“I don’t want to undermine that movement [against rape] but to start with, it did overlook the dalit experience," said Ravichandran. "At the same time, it was a historic opportunity for debate, and so we started talking to activists and victims from the dalit community, creating a parallel narrative of sexual violence in India which is so intricately linked to caste.”

Here's a sampling of videos from DalitCamera.

A dalit woman speaks about what drove her to become an activist:

Video about rape in Haryana: