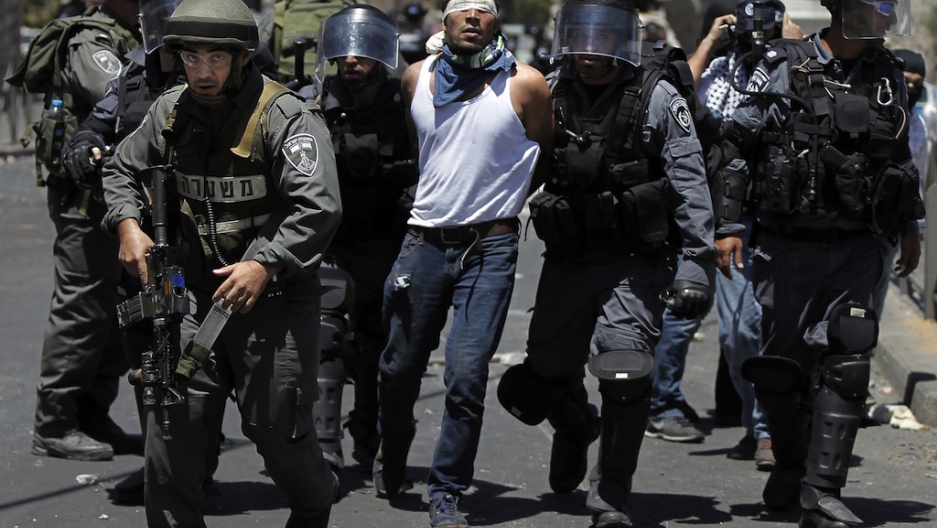 The days of the Gaza operation drag on. The emotion on social networks is undiminished. Friends’ consciences on both sides of the conflict are boiling and they must share. The world must know!

The opening stanza from the poem, “Could Have,” by Poland’s Nobel Laureate Wislawa Szymborska, speaks to the situation:

“It could have happened.

It had to happen.

It happened, but not to you.”

It’s that last line that is apposite: “It happened, but not to you.”

Virtually none of those posting bloody pictures or trading charges is Israeli or Palestinian.

I want to shout back. “It happened — is happening — BUT NOT TO YOU.”

And since it isn’t happening to you but clearly is affecting your conscience, what is it you can do? Maybe it’s your responsibility to calm down and then try to look at the situation with some dispassion. Gain some insights and share those with those with whom you feel solidarity. If you aren’t being bombed, living in security and stability in Britain or America or wherever, use that blessing to think clearly.

Suppress your emotional identification with people you don’t know and a world of violence you have seen on TV but never endured in reality. It’s easy to share those feelings. The harder, more useful task, is to sit still and try and see the situation rationally.

Or so I tell myself.

Although dispassion is not so easy. I’m not Israeli, but I’m a Jew and no one who is Jewish gets an emotion-free ride when the IDF goes to work on Gaza.

But think the situation through:

This is the third time in a decade Israel and Hamas have fought a war in Gaza.

The result is always the same. Hundreds of Palestinian women and children dead, international condemnation of Israel. The same charges and countercharges, the same tactics, the same stalemate. Then a ceasefire, and nothing changes. The governments that lead their people into these conflicts continue in power. Hamas is still in place and a Likud-dominated coalition rules in Israel.

A Gazan on television demands justice, an Israeli demands punishment. The implication is that when the other side’s crimes have been judged, then there will be peace.

On calm reflection this is a lesson from my experience that I want to tell both sides:

Stop making justice a pre-condition for peace. Peace never equals justice. In societies looking to move past conflict the lesson is always the same: murderers on all sides walk free in order to buy peace. Those who lost loved ones must know they will never receive justice. It’s for their society’s greater good.

The Good Friday Agreement would never have happened if the late Mo Mowlam hadn’t gone to the Maze Prison and told Republican and Loyalist paramilitaries they would be getting out if the deal went through. The paramilitaries backed the deal. Peace came to Northern Ireland.

In South Africa, in Chile, in Greece, torturers walk the same streets as those whose bodies and lives they destroyed. The price of peace.

At the end of World War II, peace did not bring justice. Thousands of Nazis who perpetrated the worst atrocities were allowed to return to their lives.  Enterprises that had worked slave laborers to death were not broken up, instead the Allies helped them to rebuild. You probably use some of their products. The price of peace.

In Israel and Palestine, a lack of justice will be the price of peace. The families of the dead generations of Gaza will not see Prime Minister Netanyahu in the dock at the Hague. The families of Israeli schoolchildren murdered by Hamas suicide bombers will someday have to accept a Palestinian government with former Hamas terrorists in it.

If you can calm down enough to see the situation rationally, what do you say?