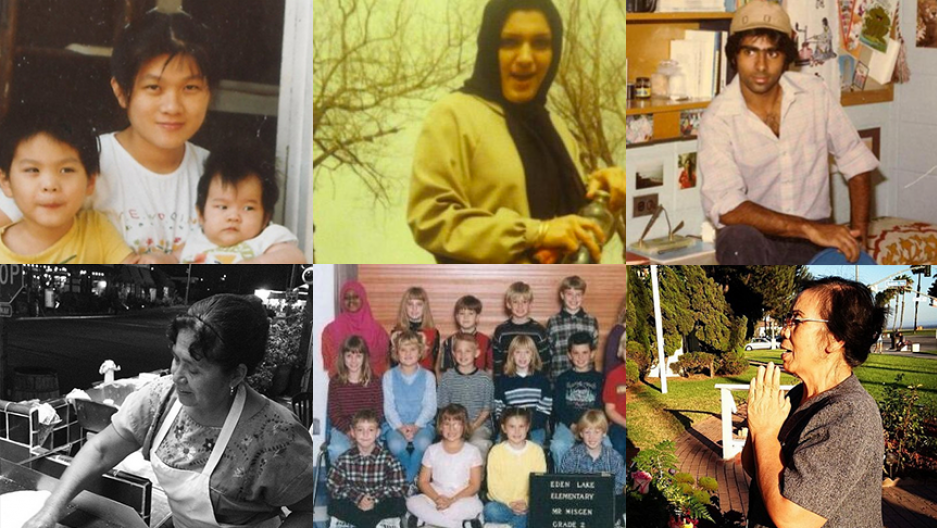 Saleh Darkhalil was just 13 when his family packed up and left Ramallah, in the Palestinian territories, for Missouri.

It was 2002, and the aftermath of the second intifada, which started in 2000, kept Darkhalil’s father unemployed.

“My dad had worked in construction in Israel, had a good job, but it became impossible for him to travel to work there anymore. We tried waiting things out, but it wasn’t getting better, and we were spending our savings. So, we had family in the States and we decided we finally had to go.“

At first, Darkhalil felt a rush of excitement. “The idea of coming to the States was pretty amazing. I kept thinking, ‘Wow, wow, wow.’”

Much of his exposure to the US had come from his cousins, who lived in Missouri and would visit Ramallah sometimes. “They didn’t speak Arabic, so I’d just listen to them and was so fascinated by everything they did, everything they said in English,” says Darkhalil, now a 26-year-old English teacher in Kansas City.

But when he got to the US, he realized how little English he knew — and that he would start school within weeks. He got a public library card, started reading, and tried absorbing slang and basic dialogue by watching “Clifford the Big Red Dog” cartoons with his nephew.

“They would speak in a slower tone and you just observe everything they’re saying. I would memorize words and phrases and think to myself, ‘OK, say this sentence in this situation and that sentence in that situation.’”

With that, he entered the eighth grade.

“Everything was difficult,” he says. “I didn’t know what was going on in the classroom, and just tried to absorb as much as possible in ESL class."

He remembers teachers allowing him to use his textbooks during exams. His classmates would stare at him, wondering why he was given that right. “I just kept my head down and studied,” he says.

His days began with a tough bus ride to school. “Remember, it was 2002 and Sept. 11 had just happened,” Darkhalil says. “I was a Muslim kid in a Midwestern school.”

He sat next to his older brother on the ride, “but then we would have all of these kids around, just staring and poking fun of both of us.” They would refer to the brothers as the “terrorist kids” or ask, “Is Osama your uncle?” Darkhalil remembers students would burst out laughing.

Life eased up toward the end of his sophomore year. Other non-English speaking students, mostly from Latin America, entered the school.

“Some of the attention shifted from me to them,” Darkhalil says. “I was just so relieved to have the focus on those kids rather than me. I know, it sounds horrible. But I also felt bad for these kids, because I understood exactly what they were going through.”

Darkhalil remember one new student from Mexico in particular. “He spoke no English at all. Nothing. And I didn’t know any words in Spanish,” he says. “I was like, ‘You know what, just copy me, man. Just copy my work! I couldn’t stand just watching him fail. So, I’d sit next to him and I would solve, and he’d sit next to me and copy along.”

By that time, Darkhalil had a lot of friends, “in-school friends,” he says. He joined the soccer team and says, “It was nice, just to get the feeling of these kids, like, all right, we’re playing soccer together.”

Another thing that he looked forward to: history class — especially when the teacher showed movies.

One film that stuck out was Mel Gibson’s 2000 drama, “The Patriot,” about the American Revolution. “That was one of the movies that I loved so much,” Darkhalil says. “There was something about how the States got on the way to freedom and things like that. And when we first watched that movie, I got so emotional. I actually remember tearing up when, in the movie, Mel Gibson loses one of his kids, and then they attack his home.”

He adds: “It kind of touched a nerve. I felt so connected to it in a way — with Palestine being occupied, and they’re having the war over there and people are dying every day. And I just hoped that this movie would actually transfer into reality, without all of the killing. Just Palestine becomes free. I hope that happens in my lifetime.”