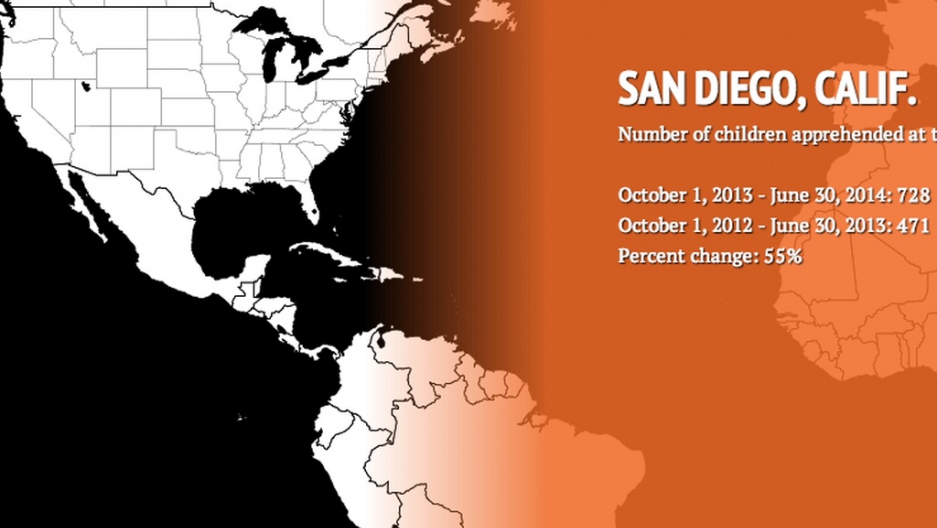 More than 57,000 unaccompanied minors were apprehended crossing into the United States from Oct. 1 to June 30 — that's more than there are seats in Yankee stadium. More than there are people who live in Hoboken, N.J. That's a lot.

In 2015, officials predict 145,000 children will be detained. In the meantime, they're getting younger. A Pew study released this week says that children 12 and under are the fastest growing group of unaccompanied minors being apprehended at the border.

This is not good news, and no one seems to know what to do about it. Obama said all new arrivals will be sent back home, though it's unclear if that has done anything to stem the tide. Texas Gov. Rick Perry said Monday he’s sending the National Guard to strengthen border security.

One thing you can do is educate yourself. Here's an interactive map that shows how many minors have been apprehended and where at different points along the US border: