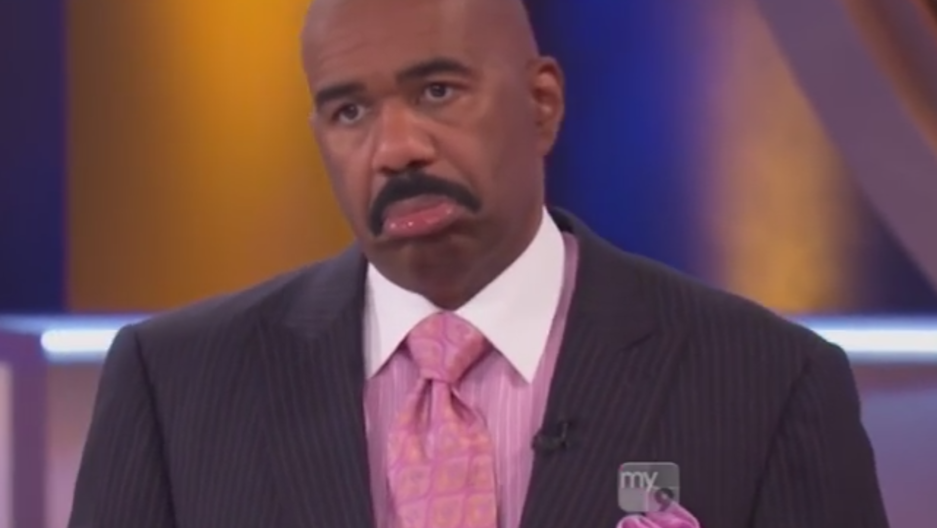 This week in "Thanks, Internet" ---The New Yorker looks down on the city, an efficiency expert recuts Family Feud, a fan-made episode of Sailor Moon, a background guy gets the spotlight, and Twitter's much-needed glimmer of hope. The New Yorker's sitegot a fancy redesign this week and the internet voiceditsapproval. What better time to show off a stunning high-resolution slideshow of aerial images of sunny New York. George Steinmetz's "Summer Over The City" series might be a touch voyeuristic (with photos of West Side sunbathers and families frolicking in Central Park), but we still wish the veteran photographer hadinvited us along for the helicopter ride. Next time, George?

YouTube's GorgeousWigeffectively highlights how many empty calories are found in the average episode ofFamily Feudby paring a recent episode down to its essential moments. Twenty-two minutes of "survey says" is squeezed down to just three -- yet the video lets Steve Harvey do what he does best: shine.

Another beloved TV show was re-cut this week, but this time it was all flattery and fandom. A year ago, 250 omega-fans ofSailor Moonpledged to re-animate an entire episode. They even started a Tumblrto document the journey. The result, cleverly titled "Moon Animate Make-Up!", debuted on YouTube Sunday and is already approaching a million views. Instead of one cohesive aesthetic, we end up watching 23 minutes of wonderfullydiverse animation that employs just about every style, material, and format imaginable.

Blake Mills has played guitar for Sky Ferreira,Conor Oberst, Haim, and dozens more, but he's finally stepping into the spotlight. "Don't Tell Our Friends About Me" announces that Blake's been a bad boy with confessional lyrics, mandolins, and back-up vocals from his old pal Fiona Apple. Opening salvos seldom sound so self-assured. Blake must have been saving this one up for some time.

this hedgehog is cheering 4 u bc u can do anything pic.twitter.com/ASxuUAwjrY

In the world and on Twitter this week, the news was overwhelmingly, tragically bad. And then there was this little guy. Or gal--- whatever that thing is, we're grateful for it.