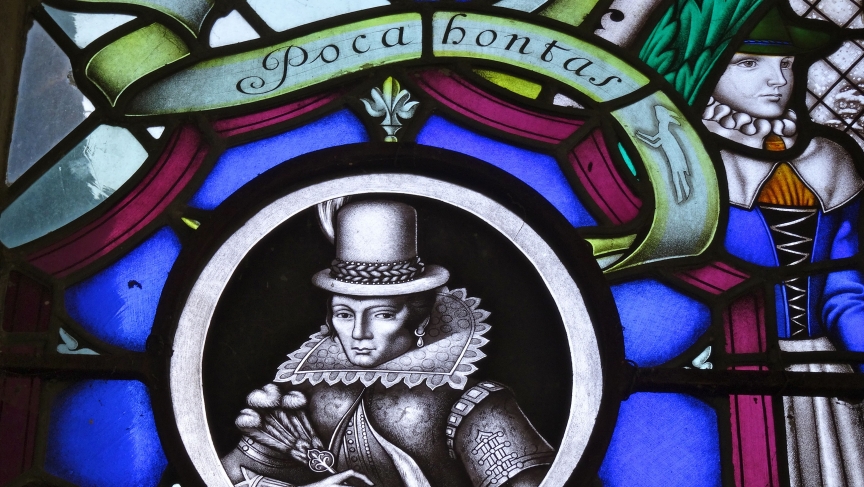 A detail of a window panel at St Helena's Church in Willoughby, Britain
Credit:

Willoughby, Lincolnshire is a village a few miles inland from the North Sea.

The church dates back to the 14th century. There have been several additions in the past few decades — gifts from various American organizations.

There are a series of stained glass windows as well as plaque and other items. Together they depict John Smith’s life: His arrival on American shores, the settlement in Jamestown that he governed, which began the expansion overseas of the English-speaking peoples; and his encounter with the native American, Pocahontas.

There are other scenes that are less known to Americans: Smith’s schooling days, his training as a soldier, his fighting days in Europe. Most of what we know comes from Smith himself, who wrote several books about his adventures. 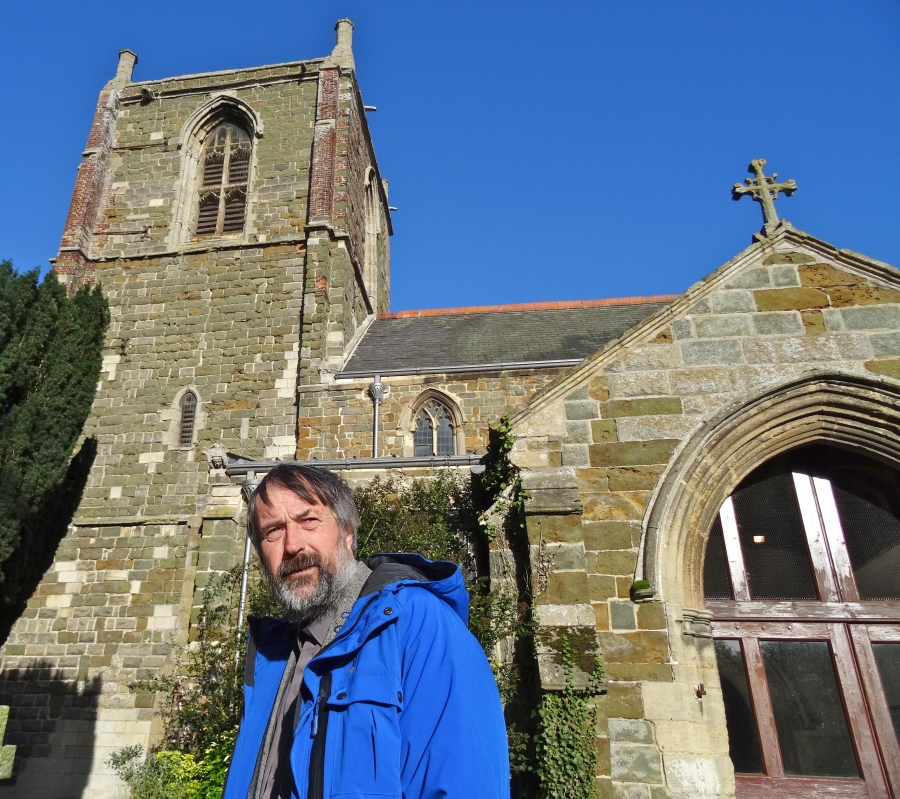 There was the time he was captured in what is today Turkey.

“He became a slave, and eventually he killed his slave-master, nicked his clothes, nicked his horse and rode back to England one way or another,” says Daffyd Robinson, former rector of St. Helena’s church in Willoughby.

But it wasn’t all breathless action. Smith was a great communicator too.

“He would have learned several languages along the way, going up into the Turks, going through France,” says Robinson. “And so when he got to America, to him it was important to learn the local language, and that saved him several times probably.”

The word “probably” is a useful one when it comes to Smith.

We can’t verify much of what he wrote. And most historians find his memoirs unreliable.

There is, for example, an episode in Turkey in which a girl saves Smith’s life by pleading with his captor, just as Pocahontas did a few years later.

All of which has given the likes of Disney a conveniently free hand. Their two animated films about Pocahontas are largely fiction.  There is still plenty of debate about just about every aspect of Pocahontas’ life.

What is clear, is that the settlers and local met, traded and taught each other words from their languages.

British linguist David Crystal, co-author with Hilary Crystal of Wordsmiths and Warriors: The English-Language Tourist's Guide to Britain, says it took surprisingly little time before the settlers incorporated local words into their vocabulary.

“It only takes a few weeks before the first signs of this new dialect of English starts to emerge in the letters that these mariners sent home to their families, says Crystal. “Words like skunk, wigwam or moccasin.”

Words are one thing, but what about an accent? Surely, settlers born in England wouldn’t speak differently after just a few years in Jamestown?

“It does take longer for a community accent to evolve, but not that long,” says Crystal. “Already in the 1620s and 30s, American settlers coming back to England were being commented on for their accent — people were saying, ‘What a strange way of talking you’ve got.’ Within a generation, enough had changed for it to be a noticeably different way of talking.”

A few contemporary accounts tell us this. But we don’t know for sure what British accents sounded like then, and how American accents may have diverged from them. 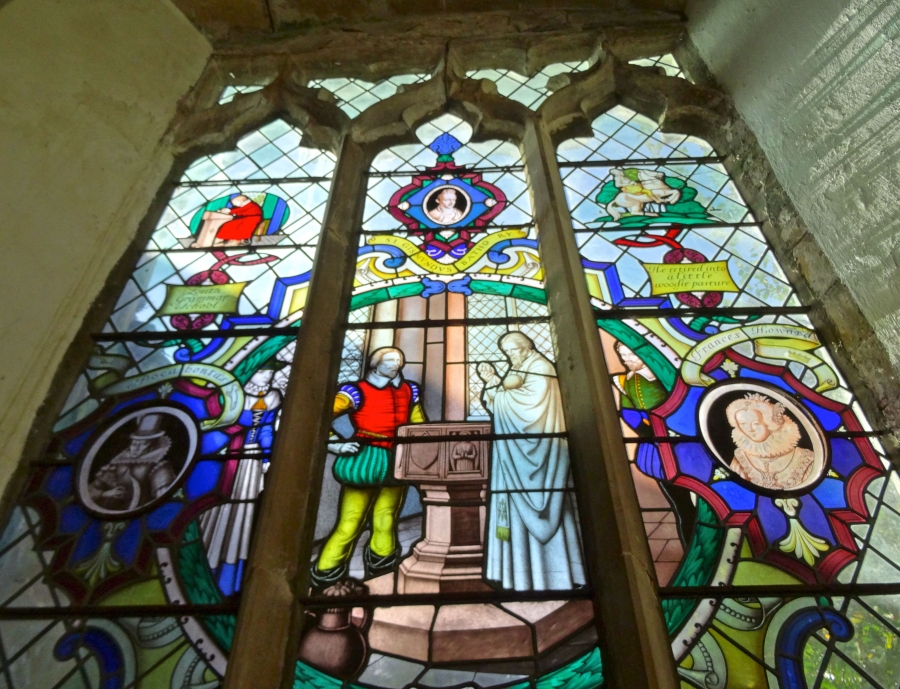 Stained glass windows in St Helena's Church, Willoughby. The window panels depict scenes from John Smith's life. They are among several items in the church that were donated by Americans.
Credit:

In St. Helena’s church in Willoughby, some of the most basic questions about John Smith are unanswered. Like, when he was baptized.

A good reminder, if one were needed, that we can be certain of very little when it comes to John Smith, and Pocahontas.

What we can say is that Smith’s arrival in America was a big moment for English. Not that anyone knew it then, but in leaping from a small island to a huge continent, English had gone global, or started to.

The language was in an early stage of reinventing itself with new words, phrases and spellings — something it repeated in places like Australia, India and Africa, creating not one, but many Englishes.  Something it’s still doing today.