A Palestinian woman waves a white flag of surrender after an Israeli shelling in Gaza.
Credit:

Political satire can be tricky to pull off without offending your audience, even if the issue appears to be black and white. But what about finding humor in a time of suffering?

Karl Sharro specializes in just that. By day, he’s a London-based architect. By night, he’s Karl reMarks, a political satirist and blogger who offers commentary on the Middle East and issues throughout the Arab world. 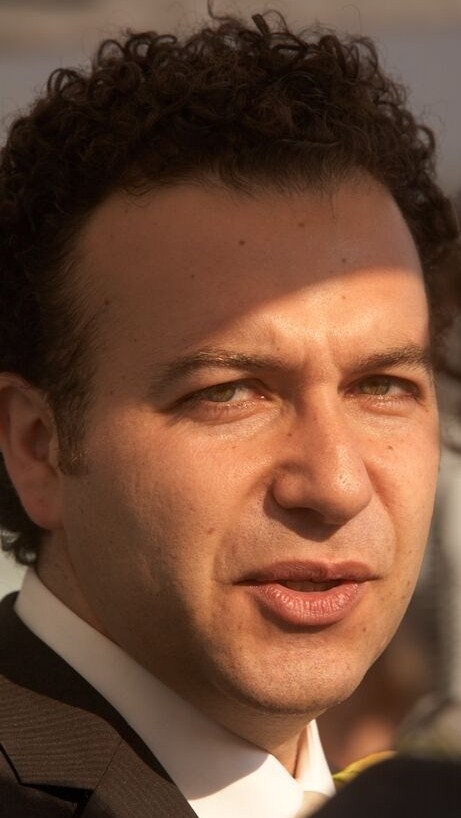 “I always think there’s something funny to say,” Sharro said. “The priority for satire or humor is to make people laugh, not necessarily to achieve political ends or anything like that.”

He says his tendency to laugh his way through strife comes from his upbringing in Lebanon, where he witnessed first-hand the harrowing realities of political conflict.

“I reflect on my experience growing up. My formative years were during Lebanon's civil war,” he explained. “You always needed that relief.”

Karl reMarks, his alter ego, was born in the midst of the Arab Spring. Sharro had become frustrated with the "reductive" language of Western analysts, who seemed to be grasping at straws as to why Middle Eastern governments continued to fail. One particularly popular post went after Thomas Friedman of the New York Times — "Syria is Iraq and something about a midwife."

Lately, he has been using his dark humor to comment on the ongoing crisis in Gaza. Along with his blog, he maintains an active Twitter presence.

So are we calling IDF foreign fighters 'Jewhadis'?

Despite the tweet’s divisive subject matter, Sharro said he had faith his audience would understand the intent behind it.

“I’ve had a couple of tweets that said ‘Not all jews are Zionists,'” he said. “I’m very particular about not creating that conflation. Obviously, I’m very wary of anti-Semitism and all racism in all forms.”

“It kind of renews my faith in the ability of people to accept it in a sophisticated manner.”

This is not to say that he doesn’t struggle to satirize conflict, especially when it comes to the current situation in the West Bank.

“Sometimes, you just wake up and, with the intensity of the news, there is no way you can summon the energy to even be funny. You can get quite depressed with the events around you,” he says.

So, where does he “draw the line”?

“The limit is not so much offending people, because that’s probably something you need to do sometimes,” he said. “A point that I’ve always pushed is that we should be really testing the boundaries. Sometimes, you need to cross them to find out where they are.”

Ultimately, Sharro believes in the unifying, escapist power of comedy.

“It provides a source of relief if you can still find the funny things or ... dig deeper and find a humorous aspect to events,” he said. “In a way, that’s an achievement in its own right.”