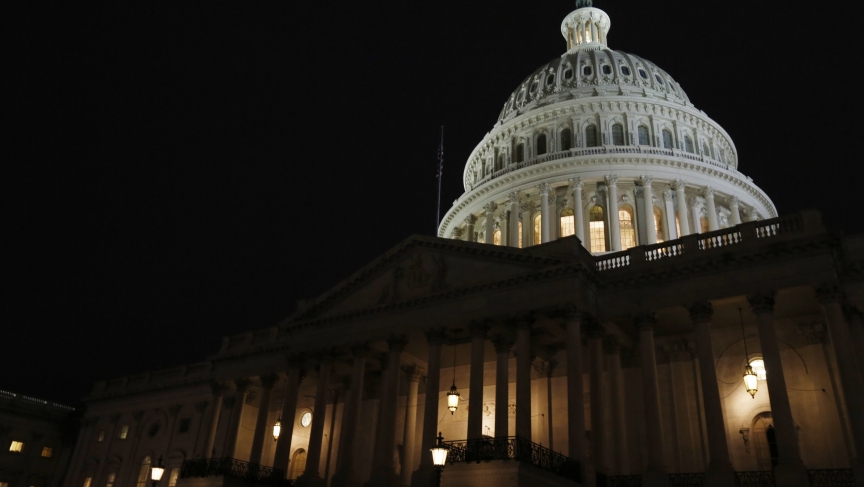 A bill introduced in the US Capitol would have put limits on where G.I. Bill funds could be spent.
Credit:

Earlier this month, two California representatives introduced a measure in Congress that would have closed a legal loophole that exempts G.I. Bill tuition assistance from federal education funding laws.

As Congressman Mark Takano explained, "our amendment would help protect our veterans and active duty service members from for-profit colleges who use overly aggressive and deceptive recruiting and advertising practices to market to these brave men and women for the sole purpose of taking their G.I. Bill and tuition assistance benefits and putting in their pocket."

But a powerful politician promptly killed the bill.

Aaron Glantz, a reporter with the Center for Investigative Reporting, recently investigated the myriad ways for-profit colleges, like the University of Phoenix, take advantage of the G.I. Bill.

"There was more than $600 million in G.I. Bill money, just in California, that was meant to educate Iraq and Afghanistan veterans, but was instead going to for-profit schools that were providing a sub-standard education," Glantz says.

According to Glantz, nearly 300 schools — everything from unaccredited massage parlors and horseshoe academies, to corporate behemoths like the University of Phoenix — were receiving money through the G.I. Bill, but have done little to help educate veterans.

The University of Phoenix won’t say how many of its veterans graduate or find jobs, but the overall graduation rate at its San Diego campus is less than 15 percent, according to the U.S. Department of Education.

Glantz discovered that Congressman John Kline, the Republican chairman of the House Committee on Education and the Workforce, receives more campaign funds than any other member of Congress from the University of Phoenix's parent company, Apollo Education Group. Apollo is also Kline’s biggest campaign donor.

Since Rep. Kline became the chairman of the committee on Education and the Workforce in 2011, Apollo has donated $48,000 to the congressman's campaign. Kline killed the California legislator's bill, which would have made it much tougher for Phoenix and other for-profit institutions to receive G.I. Bill funds.

"[Rep. Kline] ruled the bill out of order, and said it wasn't germane to the issue of financial aid," Glantz says. "He would not allow additional discussion."

Before the ruling was finalized, Congressman Kline said he also opposed the bill to close the legal loophole on its merits.

"Unfortunately, this amendment would restrict access to a host of educational opportunities, and many of those harmed would be our nation's veterans," Rep. Kline said. "Veterans are men and women who put their lives on the line in service of our country. They earned this benefit, and they should be allowed to utilize this benefit at an institution that best suits their personal and financial needs."

Due to an editing error, a previous version of this story incorrectly stated who was responsible for killing the proposed legislation.

This interview was first aired on PRI's The Takeaway, where you're invited to join the American conversation.