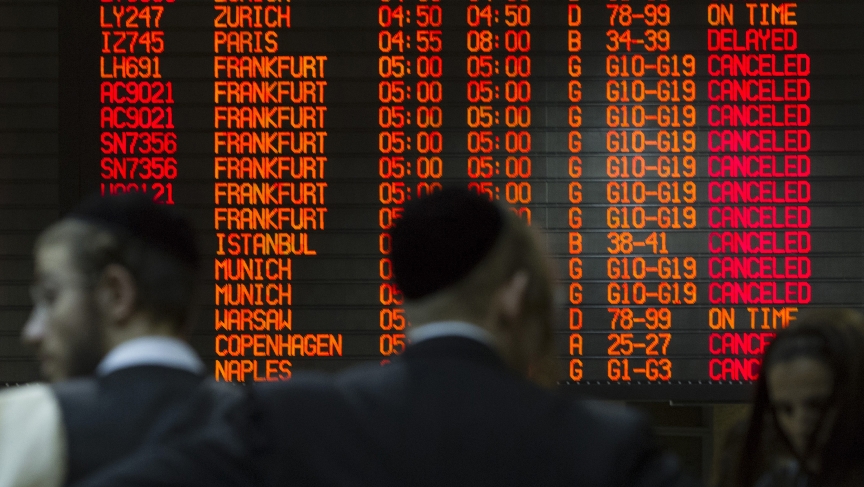 Airliners flying around the world pass over conflict zones regularly. But the crash of Malaysia Airlines flight 17 last week has put that routine under the microscope.

And some are suggesting the crash also played a role in the US FAA ordering American airlines to supend flights on Tuesday to Tel Aviv — a ban that will continue at least through Thursday morning.

That decision came after a rocket fired by Palestinian militants landed close to Ben Gurion, Israel's only international airport. But airline pilot Patrick Smith says the differences between the two cases are stark.

The kind of weapon that brought down Malaysia Airlines Flight 17 “was a very large missile, the kind of thing that’s fired from the back of a tank-like truck," says Smith, who also runs an air travel information website. "This was a large, sophisticated piece of military hardware.” Hamas is not known to have such a weapon system.

A small rocket like those used by Hamas could possibly damage or even bring down a commercial plane, but the odds are low. “There’s a major difference between what did happen in Ukraine and what could happen in Israel," Smith says.

“It’s possible there’s some intel coming from the ground that we’re not privy to that would justify this prohibition,” Smith says. “Having said that, I just have a feeling it’s an over-reaction.”

In retrospect, he says, airlines should not have been flying over Ukraine. But he adds that the airlines were following the directions of the UN body that makes these decisions, as well as local government guidance. “It’s not an air carrier’s job to send liaisons out to war zones and figure out if the airspace up above is safe," Smith says.

And it’s not unusual for planes to fly over hostile areas. For example, some airlines continue to fly commercial flights over Syria. People simply don’t realize that thousands of planes fly over such areas every day, Smith says: “Really, that’s normal."