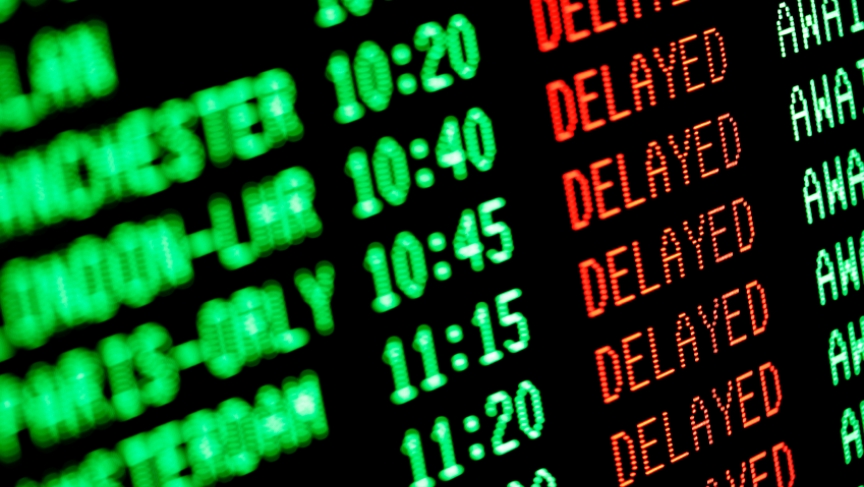 What he didn’t know was that there was a bomb on board that British Airways flight. Rae says he realized there was something wrong when the pilot announced the plane would be making an emergency landing.

“The pilot came on [the intercom] and said that we were going to have to make an emergency landing in Manchester. The flight came down very quickly. And there were ambulances on either side of the plane as we were coming in. We were given instructions to go out [on] the emergency chutes as fast as we could,” he recalls.

After the 85 passengers and crew were evacuated from the aircraft, they were interviewed by the police.

“At one point, one of the police officers brought everyone together and made the announcement, ‘we have found a device on the plane — a suspicious device’, “ Rae says.

Police had found a bomb in a plastic bag under one of the seats. The contained 4.4 lbs of explosives.

The intended target was the chief constable of the Royal Ulster Constabulary, his wife and two RUC officers. The Provisional IRA claimed responsibility for the failed attack.

Rae says a thin layer of paint stopped the device from exploding.

“A coat of paint on the pin that was supposed to take the charge to the bomb — it stopped the electrical charge from going through.”

No one was ever charged in the incident.

Throughout his career, flying has been part of his job.

“I fly a great deal. I do a lot of work now with indigenous people in Canada, so I’m flying into northern communities; I’m flying in small planes. I’m flying in single-engine planes ... it doesn’t make me afraid of flying. But it does make me feel how contingent life is, how you never know what’s going to happen.”

But the downing of the Malaysian Airlines flight over Ukraine brought back memories of that day, 40 years ago.

“Every person on that plane has a story, has a family, connections and histories. These are terrible tragedies. They are avoidable — in a better world, they would be avoidable,” Rae says.