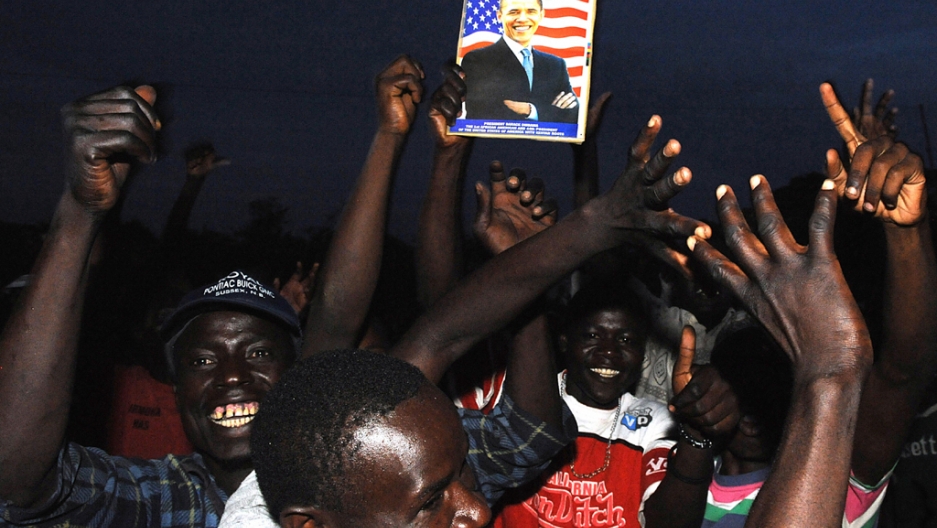 America has always been a polarizing presence on the global stage. But this new survey by Pew Research Center shows just how much.

Anti-Americanism is particularly strong in the Middle East, Pew says in the survey, with public favor much higher in many European countries and most Asian nations.

Here's a look at the five countries that hate America the most, and the five that love it most.

Relations between Cairo and Washington have been tumultuous for decades, and things have only worsened following the revolution in 2011. America had long financially supported the three-decade-long regime of Hosni Mubarak and failed to oppose the military overthrow of the Muslim Brotherhood government that succeeded him. Egypt's foreign minister said relations were in "turmoil" after Washington suspended part of its military aid to the country late last year.

Notionally Washington's ally, Jordan's relations with the United States suffered following the invasion of Iraq, which it publicly opposed. Anti-US sentiment reached an all-time high in 2003, when 99 percent of Jordanians viewed America unfavorably. Things have improved since, but not by much.

The war in Iraq also hurt relations between the United States and Turkey, and mistrust between the two nations has only grown following a corruption inquiry of Prime Minister Recep Tayyip Erdogan's inner circle late last year. The Obama administration carefully avoided criticizing Erdogan directly amid deadly protests in Taksim Square in 2013 despite privately "wincing" at some of his statements. Instead Obama only urged Turkish authorities to exercise restraint. This fell far short for many in Turkey.

Less than a quarter of Russians now have a positive view of America. Uncle Sam's image has plummeted 28 points there in just the past year, a casualty of Washington's opposition to Moscow's intervention in Ukraine. Obama has imposed a series of sanctions in response, the latest of which have been slammed as "bullying" by a spokesman for Russia's Foreign Ministry. President Vladimir Putin said sanctions are "driving into a corner" relations between the two nations.

US-Palestinian relations have always been rocky to nonexistent, but things had gotten slightly better with the election of Obama. In this year's Pew survey, 30 percent of Palestinians said they viewed the US favorably — the highest rating since the survey was first taken in 2002. Obama visited the Palestinian Authority during his trip to the Middle East in 2013, but has largely remained a bystander amid current violence in Gaza.

Filipinos are the biggest fans of the United States in Pew's latest survey, and their view of Uncle Sam has only gotten rosier in recent years. That despite recent protests against the possible return of US troops to the Subic Bay military base for the first time in more than a decade.

The United States was among the first to recognize the state of Israel in 1948 and has been the country's principal ally for decades. Since World War II, the United States has sent $115 billion in foreign aid to Israel, nearly all of it in the form of military assistance to maintain its "qualitative military edge" over the country's Arab neighbors. This alliance partly fuels dislike for the United States elsewhere in the Middle East.

These two nations have maintained strong ties since the US helped establish the modern state of South Korea and fought on its side during the Korean War. Relations only improved under the conservative, pro-US rule of former President Lee Myung-bak.

The United States and Kenya have long been close allies, but their ties only strengthened following the election of Obama, whose father was born in the western Kenyan village of Kegolo. The country even declared the day following his election in 2008 a national holiday. Some analysts, however, have suggested relations may be fraying over Kenya's mistrust of US intentions regarding the administration of President Uhuru Kenyatta and Deputy President William Ruto.

US aid to El Salvador during the Carter and Reagan administrations was crucial in helping the country's military-led government win a 13-year civil war against left-wing guerilla groups. More than 19,000 American citizens live and work full time in El Salvador, and the country sent 10 rotations of troops to Iraq to support Operation Iraqi Freedom.