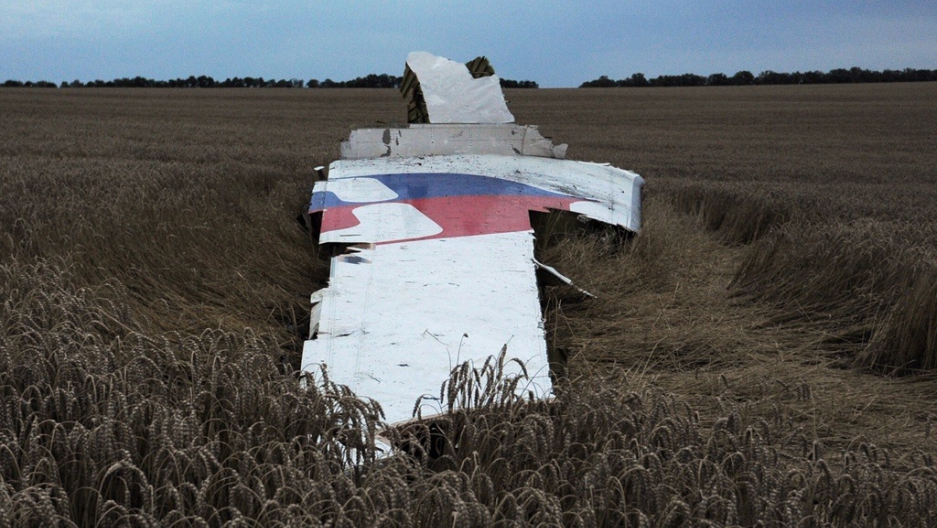 This picture taken on July 17, 2014 shows the wreckage of the Malaysian airliner carrying 295 people from Amsterdam to Kuala Lumpur after it crashed, near the town of Shaktarsk, in rebel-held east Ukraine.
Credit: DOMINIQUE FAGET
Share

Almost as soon as the news broke on Thursday that a Malaysian airliner crashed in eastern Ukraine, speculation began swirling that the ill-fated jet had been shot down amid the fighting taking place between pro-Moscow separatists and the Ukrainian military near the Russian border. If the reports are true, this isn’t the first time an airliner has crashed near a war zone. A handful of passenger jets have met a similar fate, even in Ukraine.

On October 4, 2001, the Ukrainian military was conducting its largest combined land, sea and air exercise to date when it accidentally targeted a Siberian Airlines flight on its way from Tel Aviv to Novosibirsk. The Tupolev Tu-154, which was carrying 78 people, was flying at 35,000 feet near the coast of Russia when a surface-to-air missile launched at a drone exploded about 50 feet above the aircraft, raining down shrapnel across the entire length of the fuselage. The captain and navigator on the flight were reportedly killed instantly. The jet crashed into the Black Sea, killing all onboard.

A Soviet fighter jet shot down Korean Air Flight 007 as it made its way from Anchorage, Alaska to Seoul, Korea in September of 1983. The crew had switched on the autopilot, but they drifted into Soviet airspace at a time when Cold War tensions were running high. In March, President Ronald Reagan had called the Soviets an “evil empire,” and a few weeks later the government announced it would be developing a missile defense shield called Star Wars. And US spy planes — Boeing RC-135s, which looked very similar to civilian airliners — had been patrolling the Pacific. So, when Flight 007 veered 200 miles off course, the Soviets scrambled two Sukhoi Su-15 fighter jets to intercept it.

Years after the incident, Soviet pilot Col. Gennadi Osipovitch told CNN that he tried signaling the aircraft's pilot by firing tracers, but didn’t receive a response. The Soviets never tried contacting the passenger jet by radio, a failure that was later rebuked by the International Civil Aviation Organization, before firing the missile that brought it down near the coast of Sakhalin, killing all 269 people onboard including a US congressman from Georgia.

Five years after the Soviets shot down Korean Air Flight 007, the US Navy created an international incident of its own. On July 3, 1988, the USS Vincennes destroyed an Iranian Airbus A300 that was on its way from Bandar Abbas to Dubai. Nearly 300 people — most of whom were Iranian and on their way to Mecca — were killed in the crash, including 66 children.

The incident traced its roots back to the 1979 Islamic revolution and Iraq’s subsequent invasion of Iran. The US backed Iraq in that conflict, which lasted for 8 years. The day the Vincennes brought down the airliner, it had been in a firefight with Iranian ships in the Persian Gulf. Those onboard mistook Flight 655 for an enemy F-14 fighter jet, fired two surface-to-air missiles at it, and killed all 290 people onboard. Four years after the crash, the US government admitted the Vincennes was in Iranian water during the exchange of fire.

On Feb. 21, 1973, Flight 114 took off from Tripoli, Libya and set its course for Cairo. Thanks to severe weather and malfunctioning equipment, the airliner veered into the Israeli-controlled airspace over the Sinai Peninsula. Israeli fighters signaled to the aircraft that it needed to land, but the Libyan pilots declined and were shot down. More than 100 people were killed, but one of the co-pilots survived. Flight data indicated the pilots believed they were in Egyptian airspace.