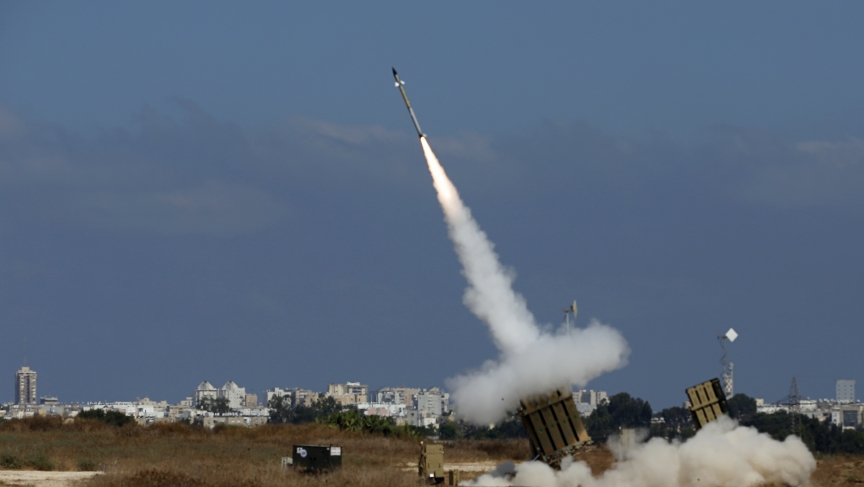 Israel's Iron Dome defense system is designed to shoot down short-range rockets launched against Israeli cities before they can hit their mark. And the system has been remarkably successful in the current conflict between Hamas and Israel.

But the system has its limits. Each intercept costs $60,000 and leads to a shower of shrapnel that can do damage, albeit not as serious as a rocket explosion. In addition, the Iron Dome has holes over rural areas of the country.

The Economist looks at Israel's Iron Dome and the claim by critics that it gives the country and its officials less incentive to pursue a negotiated peace agreement. If Israelis feel safe from attack, it could actually prolong the conflict.

Uzbekistan's first family is turning into a dark soap opera

Earlier this year, we told you about Gulnara Karimova, the daughter of the strongman ruler of Uzbekistan. At the time, she was a fashion designer and socialite — and a thorn in her father's side. Now she's apparently under house arrest and her son, a 21-year-old college student in the UK, fears for her life and his.

Islam Karimov Jr. told The Guardian he hasn't been able to contact his mother. He says he's noticed people following him around London recently. He was last in Uzbekistan over New Year's, when, for the first time, he and his mother were blocked from seeing the president, his grandfather, by armed guards. And the story just gets more bizarre from there.

The Midwest will remain fly-over country, at least for big wind projects

The folks of Cleveland, Ohio, had big plans to build the first American offshore wind farm in Lake Erie. They were expecting jobs and economic development, but it seems their plans have been upset by a federal government decision to direct funding to programs to build wind farms off the East and West Coast, rather than on the Great Lakes.

PRI's Living on Earth talked to supporters and opponents of the program over the latest development and where the proposal will go from here.

Is it a bird, a dinosaur, or a dragon?

A new, four-winged dinosaur has been discovered in Liaoning, China, and its appearance is more akin to what we imagine as a dragon than a tyrannosaurus rex. The new discovery has remarkably long feathers and "hindwings," which would have helped the creature slow down and glide to a safe landing.

The BBC reports that this latest discovery provides a new glimpse of the evolutionary path that led from feathered dinosaurs to modern birds. This creature has the longest feathers seen yet in a four-winged dinosaur and is longer than an eagle or an albatross. The discovery was made by a team from Bohai University in China and the Natural History Museum of Los Angeles.

At Barrowford elementary school in the United Kingdom, students got a surprise this summer when they received their end-of-year exam results in the mail.

The school headmaster enclosed a letter urging students not to overly stress about the results. "These tests do not always assess all of what it is that make each of you special and unique," she wrote. The idea, and some of the text, were taken from a blog post by an American teacher.

Someone put the letter on Twitter and now people — not just in the UK, but as far away as Hong Kong and the US — are talking about it. PRI's The World talked to Rachel Tomlinson about why she wrote her letter.

Typhoon Rammasun, a powerful category three storm, moved out of the Philippines today, largely sparing the capital Manila and its 12 million people. The storm, called Glenda in the Philippines, did kill at least 20 people and tore rooftops off of homes, according to the Manila Sun-Star. Now the storm is taking aim at Hong Kong and China, and could hit there by Saturday.