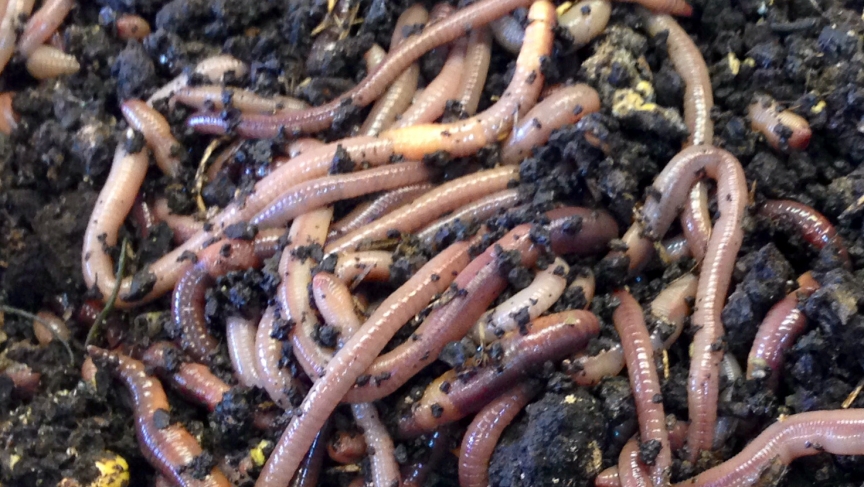 The Canadian nightcrawler is the gold standard of fishing worm.

At the back of Fishing Finatics in Everett, Massachusetts, behind the counter, inside an upright refrigerator — that's where owner Pete Santini keeps some of his most valuable merchandise.

“[It's] the number one bait for fresh water in the United States. Fish like to eat it. They're very tasty. It's like ordering a pizza if you're a fish. They love it,” he explains.

Nightcrawlers are earthworms. They're also called angleworms because of how popular they are as bait. Santini sells about 4,000 of these wrigglers every week during fishing season.

This year, the price he's paying for them has gone up nearly 30 percent. But that's still a deal compared to the jump across the industry.

“April, May and early June — this is when we produce most of our worms. And this year that just didn't happen,” Haupert adds.

The poor weather conditions were the worst her company has seen in more than 25 years.

And the lack of rain wasn't the only problem.

"The worms only come out when it's completely dark. So you start picking the worms around 10 o'clock and you would pick them until about 5, 6 o'clock in the morning. You have cans, either on your waist or on your legs. In one can, there is sawdust. What you do is you dip your fingers into the sawdust to prevent the worms from slipping through your fingers when you pick them. They're very slippery. And in the other can, [that's] where you put your worms. When you have a full can, about 400, the worms are dumped into a mesh bag,” she explains.

Haupert says her company normally hires workers from Indonesia, Thailand and Cambodia to pick worms from April to November.

But this year, the Canadian government overhauled its Temporary Foreign Worker Program. Companies are now required to make a bigger effort to recruit and train Canadian workers.

Haupert's company failed to meet all the requirements in time for the start of the worm picking season. So it's led to a shortage of worms getting into those cans and the price hike.

Santini hasn’t passed that hike along to his customers.

“Yeah, it's a little bit of a hit. I didn't raise the price for my customers because I can't do that. I kept it the same," he adds.

And he says that Canadian nightcrawlers will always be in demand.

"You can see how active and how lively they are? See how he wiggles? That's great bait. What kind of fish could resist that in the water?” he says.