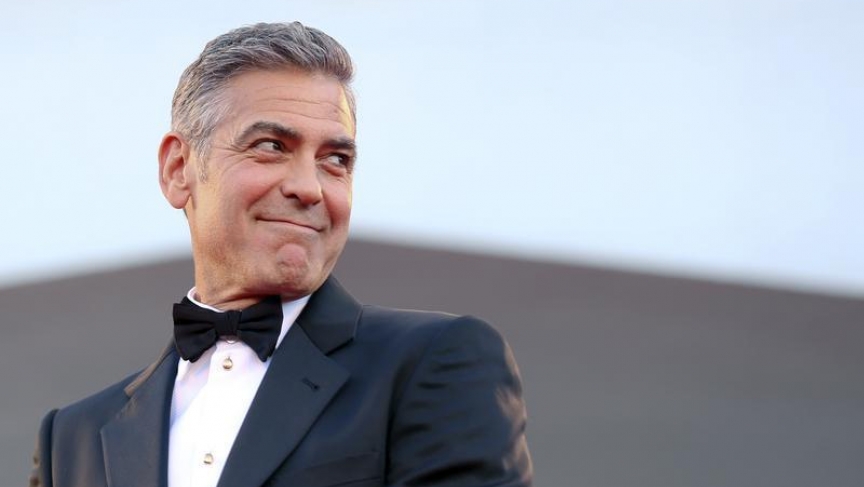 George Clooney on the red carpet for the premiere of "Gravity"
Credit:

The Daily Mail, a British tabloid, has a long history of throwing gossip bombs at the famous. But now they're learning even they might not want to mess with George Clooney.

The Daily Mail angered Clooney when it published a piece — now removed — about the mother of his fiancée, Amal Alamuddin. Alamuddin comes from the Druze religion, an offshoot of Islam that strictly forbids interfaith marriages. The Mail claimed that Alamuddin's mother told "half of Beirut" that she is against her daughter's marriage because Clooney isn't Druze.

Clooney shot back with an angry response in USA Today. "The irresponsibility, in this day and age, to exploit religious differences where none exist, is at the very least negligent and more appropriately dangerous," Clooney wrote. "We have family members all over the world, and the idea that someone would inflame any part of that world for the sole reason of selling papers should be criminal."

Clooney also wrote that Alamuddin's mother is not Druze and has not been to Beirut since the couple began dating.

Lauren Collins, a staff writer for The New Yorker, wrote a piece about the scuffle and the Mail's reaction to Clooney's piece. "The Mail's quick and entirely uncharacteristic apology seemed to acknowledge that it knew itself to be outmatched," she wrote.

"After weak references to a freelance journalist and a source of some kind, the paper said that it would 'accept' that its story was wrong. Clooney — perhaps the world’s only monster-proof celebrity — responded by rejecting the apology."

The British media outlet, Collins wrote, met its match with Clooney and did itself a disservice in the process. "Clooney is an American celebrity, one who has not been conditioned to fear the Mail in the often cruel and parochial world of the British press," she argued. "He is bigger, both in market reach and in stature, than anyone the paper has come up against."

Collins told PRI's The World that Clooney's gripe is legitimate. "I think the reason that there is an outrage, and the reason this outrage is appropriate, is that even though the Mail's stories are often dubious and even patently untrue — as it was in this case — people read them," she said.

While British readers are cautious of what they read in the Mail, Collins said the US is unfamiliar with the tabloid's antics. "Brits, through long experience, know to take them with a grain of salt," she noted, "but Americans don’t necessarily  — and that includes reporters."

Americans, in fact, are quickly becoming a large audience for the site. "The Mail draws about 45 million unique viewers per month, and for the past couple of years, it has been steadily sort of pushing into the American market very consciously," Collins said.

"They have Mail Online — it has 40 employees in the UK now and 30 in the US, split between LA and New York. 36 percent of its traffic comes from the US versus 27 percent in the UK," she explained.

The Clooney story was picked up by American media outlets like Boston.com and the New York Daily News. And as it snowballed, the story eventually started to resemble the truth.

But Collins believes that with Clooney speaking out against the site's claims, the reputation of the Mail will be shaken in the US, where readers are still unsure of the paper's merit.

For some people, the Mail is this defender of traditional, often English values," she says, "and for the others, it’s the 'Daily Fail' and the 'Hate Mail' — but everyone reads it."